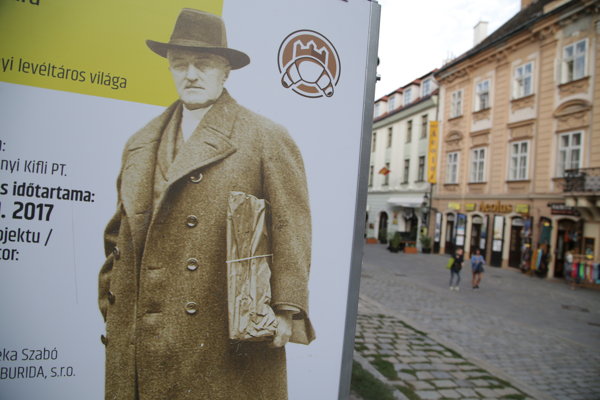 “Dear friend! On Sunday, February 24, I’ll arrive by train to Pressburg at 12:48 p.m. Please, don’t prepare any ceremony, we are just meeting at the Palugyay Hotel.” With these words the world-famous composer and pianist Franz Liszt began his short letter from February 6, 1884 to his friend Ján Batka. Batka was one of the most important personalities of Pressburg, nowadays Bratislava, at the turn of the 19th and 20th centuries. Those interested can see the letter as well as other documents and historical photos at exhibitions held in Bratislava marking the 100th anniversary of Batka’s death this year. 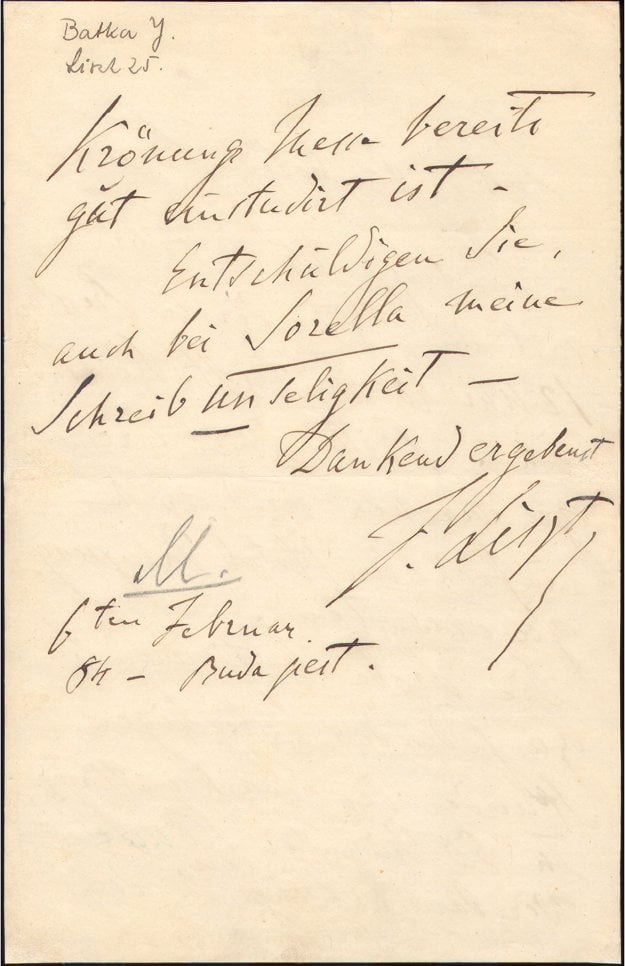 Batka is especially known for his musical activities, but he was active in almost all areas of art. Ján Vyhnánek from the civic association Bratislavské Rožky, who has been dedicated to the personality of Ján Batka for several years, sees his message to current citizens of Bratislava in his lifetime work for the benefit of this city. 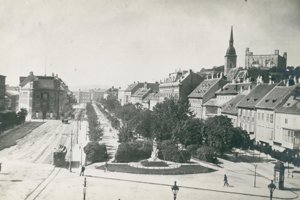 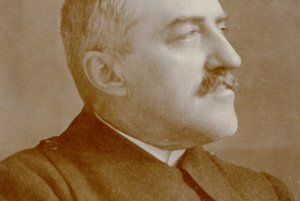 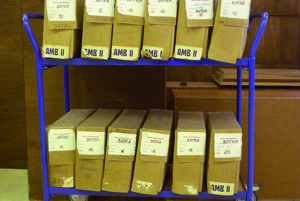 “He can take credit for almost all the good that happened in Bratislava at the turn of the 19th and 20th century,” Vyhnánek told The Slovak Spectator. “He joined his love for this city and art in such a way that he really managed to transform this city and change it for the better.”

Today, only Batkova Street in Bratislava’s borough of Dúbravka recalls this legendary figure. Nowhere in the city, nor on his native house at Baštova Street 2 just next to Michalská Tower, is there any memorial plaque commemorating him.

Who was Ján Batka?

Ján (Johann) Nepomuk Batka was born on October 4, 1845 in Pressburg, on one of the oldest and most beautiful streets of the city - Baštova Steet 2. This house is still standing and now houses the Nova Gallery. 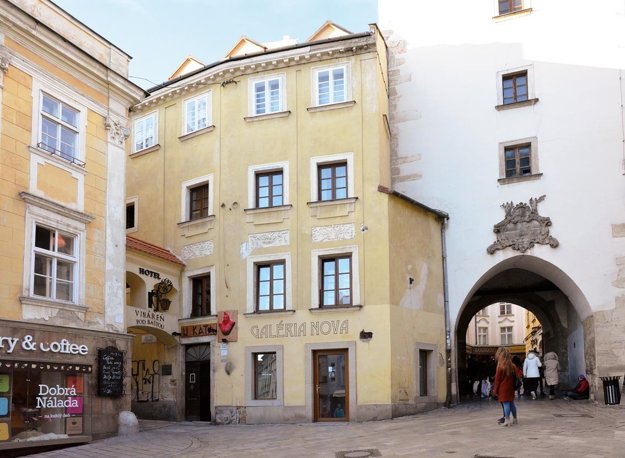 He came from an old Czech musical family. His father, organist Ján Batka Senior, was a well-known musician at that time. His son received his first music education from him.

“It was, however, paradoxically the father who, for so-far unknown reasons, strictly forbade him to study music,” Vyhnánek explained.

In the end Ján Batka Junior opted for the law academy. After completing his studies, he started working in the city court. In 1879 he was appointed chief archivist of the city, and he worked in this position for the following 38 years until his death in 1917.

“He expanded and organised archive collections,” said Vyhnánek. “As the archivist, he was devoted to regional history, wrote about the development of winemaking and forestry.”

But he remained close to music too. During his studies at the gymnasium he published reviews of concerts and other cultural events in the Pressburger Zeitung newpapers. Later he also worked as editor of these newspapers.

He gradually established written contacts with many world and local musicians while becoming a personal friend to several of them, especially Franz Liszt and Hans Richter.

Batka used his contacts when the local Mlčanlivosť (Secrecy) Masonic Lodge decided to build a monument to the composer and pianist Johann Nepomuk Hummel (1778-1837) on the occasion of the 50th anniversary of his death.

The archivist, lodge member and great admirer of Hummel, began to invite many world-famous artists to perform or lecture in Pressburg, raising money for the monument in this way. Franz Liszt, Anton Rubinštejn, Camille Saint-Saëns and many others came on his invitation.

Thanks to Batka, his friend Franz Liszt has a monument in Bratislava too. His bust has been at Rudnayovo Square since 1911.

Batka further contributed to the construction of the new municipal theatre building, the current historical building of the Slovak National Theatre.

“He was involved in the launching of the city library in 1900, when he donated several thousand books from his own collection during its first years of existence,” recalled Vyhnánek.

He further co-founded the Pressburger Kunstverein artistic association in 1885, , which was the momentum for the development of Pressburg, particularly in fine arts.

“He also supported young artists, such as the composer Béla Bartók, the one-armed pianist Géza Zichi and the sculptor Ján Fadrusz, whom he actually discovered,” said Vyhnánek. He added that Fadrusz later created the famous sculpture of Maria Theresa that was once on today’s Štúrovo Square.

He was also active in caring for historical monuments.

“His dream was to save and restore Bratislava Castle, which was only a burned-out ruin at the time,” said Vyhnánek.

Batka died on December 2, 1917, two years after the death of his beloved wife, Maria. 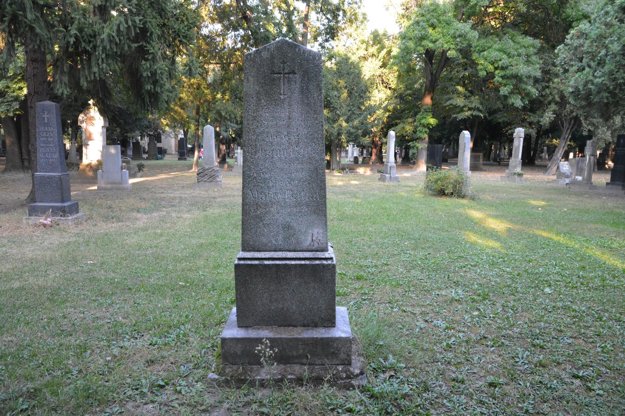 The grave of Ján Batka and his spouse Mária (Source: Martin Janoško)

The Pressburg polyhistorian, since he died childless, willed his entire estate to the city. Apart from 10,000 documents, including his correspondence, diaries, tickets, menus, and photographs, there were also works of art.

Unfortunately, the estate did not remain intact, but was distributed among various organisations. The documents went to the Archive of the City of Bratislava while the Bratislava City Museum acquired the photographs. Statues and paintings became the basis of the artistic collections of the Bratislava City Gallery. However, many things, such as the furniture, became lost over the time.

In 2013, Bratislavské Rožky digitized all the documents held in the Archive of the City of Bratislava.

“We would like to make them available on the internet to anyone who’s interested,” said Sándor Papp of Bratislavské Rožky, adding that so far they have not found money to do so. “Then more experts can join the examining of Batka’s estate, as this has not been completed yet.”

It is ironic that while it was Batka who deserves credit for the creation and installation of memorials for Hummel and Liszt, he himself has no monument in the city.

But it was not always so. Less than a year after his death, on October 26, 1918, his bust was unveiled at Rudnayovo Square, just next to Liszt’s bust. The marble sculpture was by Pressburg sculptor Alojz Rigele.

However, the bust did not stay long. In April of the following year vandals scraped off its nose. The bust went to a sculptor’s workshop. He not only repaired it, but also created a new bust.

“But there was no incentive to return the bust to its original site any longer. The political situation had changed and Batka became uninteresting for those in power,” said Papp. He added that in 1919 Austria-Hungary fell apart and Slovakia became part of the Czech-Slovak Republic. One year later, Pressburg was renamed Bratislava.

Both busts of Batka are in the GMB collections.

The place on Rudnayovo Square where the bust originally stood is still empty. Bratislavské Rožky believes that nothing is preventing the bust’s return to its place.

“We want to remind people that Batka’s bust still exists,” said Papp. “Only the pedestal is missing. But we know what it looked like, since it’s probably the pedestal on which the bust of Baroque sculptor George Rafael Donner stands in the next niche.”

During the exhibition at Rudnayovo Square, Bratislavské Rožky points to this possibility with a copy of the bust installed in its original place.

There are two exhibitions marking the 100th anniversary of Batka’s death. The Johann Nepomuk Hummel Museum at Klobučnícka Street 2 holds the Slovak-English exhibition Ján Batka and Bratislava, organised by the City Museum Bratislava. It focuses on Batka’s musical activities and his contacts with world-renowned musicians, especially Franz Liszt, and circumstances around the building of the Hummel’s monument. Several documents and art works are being presented at this exhibition for the first time. 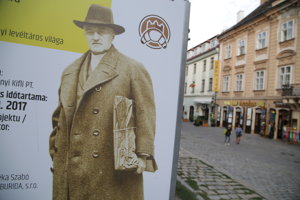 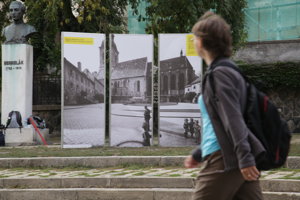 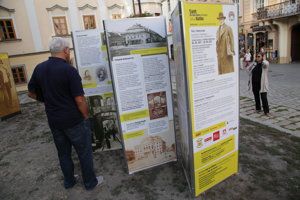 The Bratislava City Museum will hold a scientific conference on Ján Batka on October 4.

“At this exhibition we want to bring Ján Batka’s personality closer to people in order for them to better understand his merits for today’s Bratislava,” said Vyhnánek.