Too many emotions or ideas after reading a book? Maybe you should join a book club

Book clubs are becoming more and more popular in Slovakia. 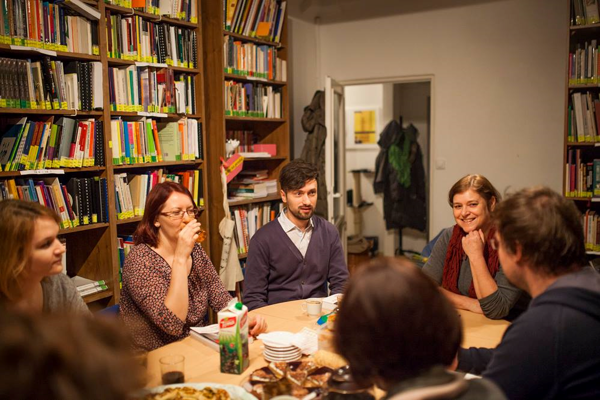 Sitting at a table, nibbling cookies and finger food while discussing books. Slovaks used to see that in movies more than in real life. But in the past few years, book clubs have been growing big in Slovakia.

“Book clubs are starting to find a home in Slovakia,” Dušan Martinčok told The Slovak Spectator. He founded his first book club within the community initiative Susedia na Dvore (Neighbours in the Yard) four years ago.

The initiative aims to break city anonymity and search for ways of neighbours meeting and getting in contact. Today the initiative is behind several book clubs.

Every club is different

The Susedský Book Club (Neighbours’ Book Club) emerged as a closed group. The club members have formed such close relationships with each other that they feel self-sufficient at this point.

“Meetings take place in the flats of our members, deepening intimacy,” Martinčok said. 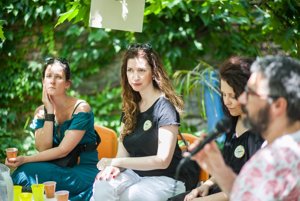 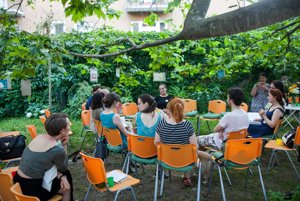 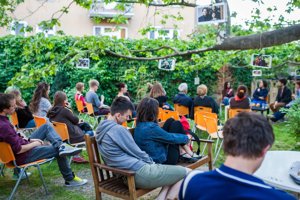 But other book clubs tend to be more open. The book club pod Platanom (Under the Plane Tree Book Club) is one of those. Members meet in the Centre for the Homeless on Mýtna Street in Bratislava once a month. That is the ideal time to read a book, according to Martinčok.

“We usually sit in the garden under a sprawling plane tree. We love it there,” Martinčok added.

This Bratislava book club became an inspiration for people who founded one in Košice. Klub Dobrého Čítania (Good Reading Club) was founded at a informal friend’s gathering four years ago. Regular club members meet once every two or three weeks in a coffee shop.

“We have one reader who joins every summer when in Slovakia for a holiday,” said Mária Sarková, a book club member. She adds that they have only one member who says they are an active member but has never succeeded in joining a meeting.

Klub Dobrého Čítania also established a book club for children. The youngest child attending the club is three years old and the oldest is 12. Every child usually brings the book they are currently reading. The kids’ programme is not only about reading but also accompanying activities – sports or art.

“Some days we read from three books at one meeting,” Petra Juhásová from Klub Dobrého Čítania told The Slovak Spectator.

The Nitra-based BooKlub founded by Barbora Kráľová is not one of the usual kinds. Even if the initial thought was to set up book clubs with regular meetings, in reality it was easier to let everyone read what they wanted.

“We discussed a new translation or new collection of poems,” Kráľová told The Slovak Spectator, adding that she knows many people who write, translate or publish so she used the chance to introduce their work to a new audience.

All the people The Slovak Spectator spoke to agree about one thing – it is better to have a small group of people in a club and it is ideal when they know each other at least a bit.

“Many people could place the discussion at risk, each member’s opinion or the intimacy a club creates,” opined Sarková and Juhásová from Klub Dobrého Čítania. They add that well-known “quality is more important than quantity” applies also in this case.

“From the beginning, members maintain their distance and book clubs are disciplined. That means they keep to the purpose of the club – discussing literature,” Martinčok describes his experience. “When the ice melts, members are more likely just to talk to each other and the discussion of a book lags behind.”

This is where the role of the moderator is important, according to Martinčok. The moderator should ensure that the book club is not going to be just a nice meeting without any theme, and also encourage shy people to talk and “discipline” dominating personalities.

“A good book club is like a sandwich – it has the outer layers of a nice social interaction while the middle is filled with a book discussion,” opined Martinčok.

“It happened to us that someone criticised a book that was really significant to another member, who then could not get through it easily,” Martinčok explained.

Besides regular meetings, book clubs prepare several activities for its members and some even for wider public. Klub Dobrého Čítania, transformed the coffee shop where they held their regular meetings into a place for exchanging books.

“People bring books they have already read and pick others from the offer,” explained Juhásová.

Members of the Košice book club met at a teambuilding with colleagues from Bratislava and held meetings together. They also attended Bookferencia (Book Conference) in Bratislava, organized by the Susedský Book Club.

“It’s an informal conference for all bookworms,” Martinčok said. He explained that the conference included discussions with book designers, translators and writers. The programme also included a workshop about presenting at a book club and a discussion with a psychologist on the topic “How to Not Get Offended at a Book Club.”

BooKlub, which used to hold regular meetings in the Trafačka gallery in Nitra and is now on hiatus, once organised a feast for readers. Everyone baked and cooked meals that could be found in their favourite books, bringing them together with the extracts where they were mentioned.

“Many brought Lembas bread from The Lord of the Rings. We ate beer soup inspired by Mitana’s Patagónia and I cooked meals from the A Song of Ice and Fire book I was currently translating,” said Kráľová. She added that while eating they read extracts from books and discussed them.

“A love for books and reading connects the people who attend book clubs. Nothing else is required,” Kráľová summed up.