Euro-zone integration could include sovereign insolvency rules to help discipline governments on fiscal rules, especially if the bloc were to create its own central budget, the New York Times quoted Slovak Finance Minister Peter Kažimír. 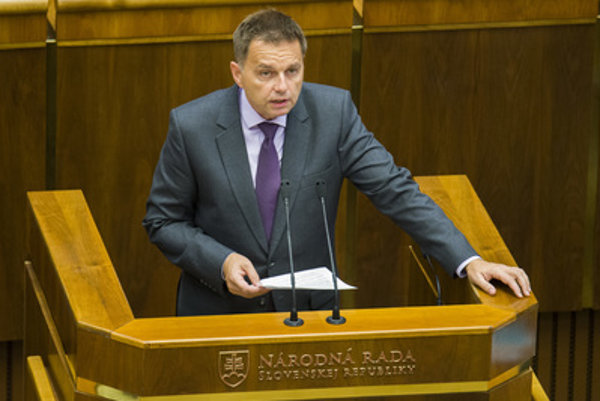 The story in the daily, taken over from the Reuters newswire, comes as part of larger debate about the future of the single currency area, now comprising 19 countries. The two biggest economies, France and Germany, are asking for more integration after the foreseen departure of the UK from the EU in early 2019. In this situation, the suggestions include “a special euro zone budget, a treasury and a finance minister, turning the euro zone’s ESM bailout fund into a European Monetary Fund and possibly some form of jointly issued debt – a euro zone safe asset”, NYT wrote.

In a speech at an event organised by the Bruegel think-tank, Kažimír said a euro-zone fiscal capacity – i.e. a budget - was needed to make up for the loss of monetary and exchange rate policy in euro zone countries. But Kažimír, whom euro zone officials mention as a potential candidate to replace Jeroen Dijsselbloem as chairman of the bloc’s finance ministers group, stressed that a shared budget could not possibly be created without fiscal discipline, according to the newspaper.

“The current enforcement mechanism (for fiscal discipline) is questionable. On paper, everything works fine, but you know how it is in practise,” Kažimír said, adding that more discipline imposed through some new euro zone central authority would only trigger more anti-EU sentiment, which was already vibrant after the sovereign debt and migration crises. On the other hand, completely automatic sanctions, which some have proposed, would imply that the rules are perfectly suited to all countries and circumstances, which is unrealistic, according to the NYT.