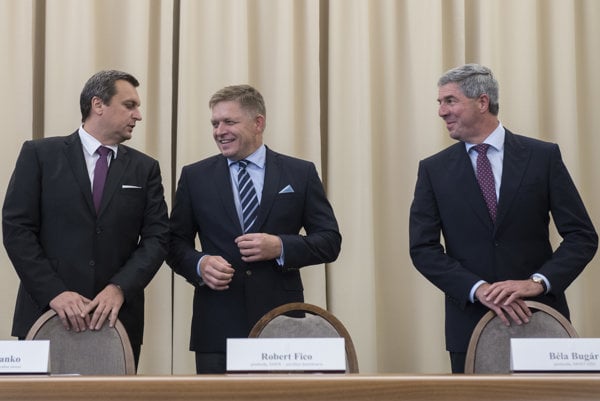 “We have agreed on new rules, such as meeting each Monday, which will enable us to prepare for each upcoming parliamentary session and Government session on Wednesdays,” said Fico as cited by the TASR newswire.

The trio also committed themselves to making sure that each set of materials submitted for approval is made available to the other parties at least 24 hours in advance.

They also agreed to take their communication further.

“We have committed ourselves to setting up regional and district coalition councils,” said Fico. “We’ve been prompted to do so with the aim of being successful in the regional elections [in November].” 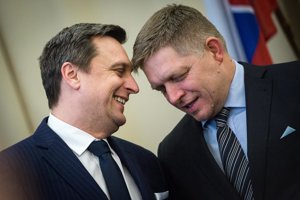 The upcoming elections will be “a major test of where we are and of the political power that each of us wields”, according to Fico.

Fico added that the coalition has emerged stronger from the crisis, saying that there’s no alternative to the incumbent government. The opposition is an association of amateurs who are dragging Slovakia into isolation, he claimed.

Danko weighed in by saying that “good agreements are the foundation of good relations”. He went on to relish the fact that a mechanism has been hammered out that will help to avoid misunderstandings.

In terms of concrete measures to be adopted after the addendum was signed, Fico recalled supplementary payments for work during nights and weekends, an increase of the minimum wage and changes in the remuneration of women. He also confirmed intensive work on the so-called 13th salary. Danko reiterated interest in the launch of Slovak airlines.

The coalition was mired in a crisis following a controversial call for proposals towards research and development that was organised by the Education Ministry headed by SNS nominee Peter Plavčan. In the wake of the scandal, Danko announced the SNS’s withdrawal from the coalition agreement, when Plavčan resigned.