The company belonging to Andrej Kiska and his brother had to pay an additional €27,000 for unjustified expenditures. 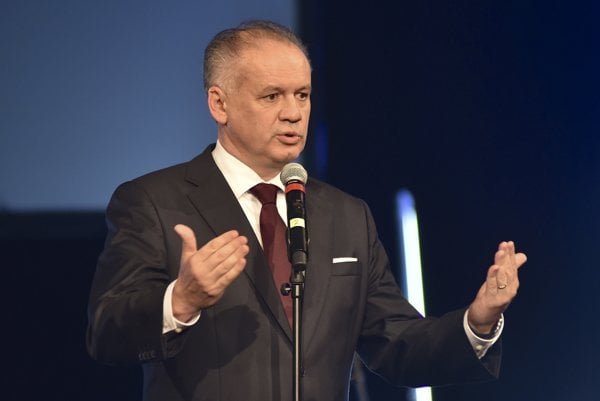 The Financial Administration and police have investigated the Kiska Travel Agency (KTAG), owned by President Andrej Kiska and his brother Jaroslav.

A tax inspection showed that the agency paid €27,000 less on taxes than it should have. The sum might be indirectly linked to the financing of Kiska’s presidential campaign, the Sme daily reported.

Meanwhile, the company admitted its mistake, regretted it and paid the sum, which means that the crime has been satisified. This stems from the reports of the Denník N daily, which referred to police resolutions and documents from the tax office received from an anonymous source.

The investigation of Kiska’s company was confirmed by two other sources, Sme wrote.

“I’m neither a lawyer nor accountant,” the president responded to the reports. As he explained, the work of KTAG was based on agreements, but the tax officers had a different opinion, so they paid the missing tax amount.

The tax officers were checking the company both for VAT refunds and income tax. When asked whether he knew that the company included spending on his campaign in its expenditures, he said that he had expected the accountancy to be proper.

He also criticised the leakage of documents from tax offices.

The tax officers claimed in October 2016 that KTAG violated the law as it had unjustifiably counted €136,000 into its expenditures, which means that it paid €27,000 less on taxes, Sme wrote.

The company did not object to the findings and paid the sum.

The tax officers informed the police about the case. Though they also launched an investigation at the beginning of this year, they closed it after two months.

“A crime occurred and was committed by a certain person, but by dealing with the damages there is no longer any crime,” reads the police report, as quoted by Denník N.

The law stipulates that debtors can pay missing taxes anytime during an investigation, but no later than one day after learning about the results of the police investigation.

During the investigation, tax officers checked the financing of Kiska’s presidential campaign. The expenditures at €136,000, which KTAG used to decrease its tax base, were used to print leaflets and posters and to pay for counselling and marketing.

The tax officers also investigated the expenditures on business trips taken by Kiska and an authorised KTAG representative, Eduard Kučkovský.

Though the company claimed that the money was used in connection with the business, it later admitted to the tax officers that they were used for Kiska’s candidacy, Sme wrote.

The Financial Administration refused to comment on the case, saying it is another attempt to drag it into a political fight.

“It is unacceptable to abuse and use the information protected by tax confidentiality,” its spokesperson Patrícia Macíková told Sme.