The Labour Minister wants to pardon employers for not registering workers with the social insurer on time but does not support the state re-payment of fines. 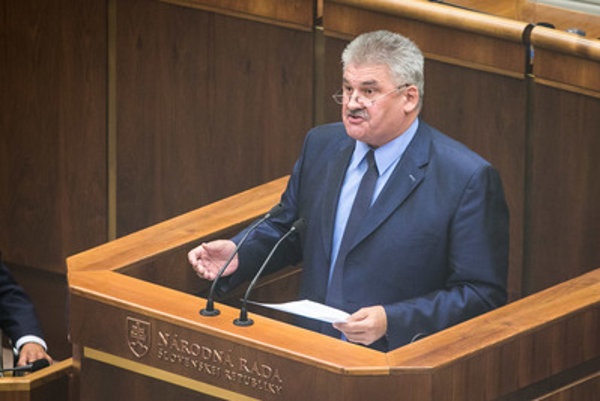 Labour Minister, Ján Richter, is preparing a so-called general pardon for employers who have been found guilty of unreported employment due to the late registration of their employees with the social insurance agency Sociálna Poisťovňa.

During a parliamentary debate on a draft bill on unreported employment, the minister explained for the SITA newswire that the employers would be erased from a so-called blacklist with the general pardon. An employer who was included on the list cannot apply for state contracts or resources from EU-funds for five years.

Richter rejects a retroactive waiver of levied fines, though. “The pardon is not about the return of paid fines but rather about clearing their (the emplyoers', ed. Note) names,” the minister said, according to SITA.

Also, former labour minister and current independent MP, Jozef Mihál, praised the draft amendment, as he considers the current law too harsh. He deems the ban on state orders and on potential subsidies from EU-funds more serious punishment than any fine. However, Mihál points out, according to SITA, that the amendment does not include cases reported before January 1, 2018.