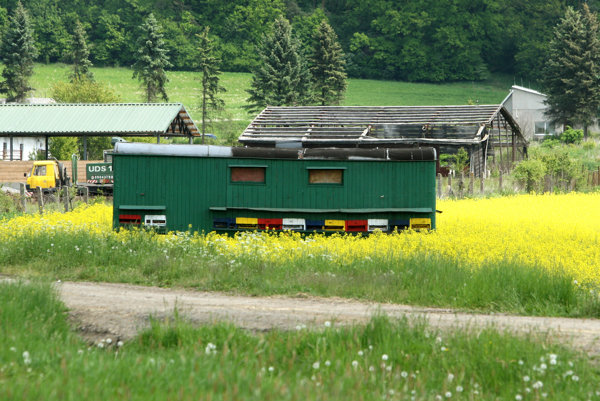 The unusually long winter and hard spring frosts in some parts of Slovakia have harmed not only fruit crops but also the production of honey.

“The end of the apicultural season in Slovakia this year is very unbalanced again,” said Tatiana Čermáková, the head of the Institute of Apiculture in Liptovský Hrádok as cited by the TASR newswire. “Some localities, especially those below mountains, do not have any honey and beekeepers even had to supplement their colonies of bees with fodder. Contrary to this, those in eastern Slovakia have enjoyed quite good production of honey.”

This year flower honey amounted to the biggest portion of the honey production in Slovakia. Good production was also reported in oil seed, acacia and sunflower honey. But the bad weather negatively influenced production of forest and honeydew honey.

“There are only some localities where we could buy this year’s honeydew honey today,” said Čermáková.

In terms of honey produced, the year of 2017 mimics the previous year when beekeepers reported an almost halved honey production compared with the better-than-average season of 2015.

“Prices of honey should not change,” said Čermáková. “They rank, from region to region, from €5 to €8-€10 per kilogram. The decisive factor is the purchase power of the citizens.”

Now is the best season for ordinary honey consumers to buy the ‘liquid gold’ as honey is called in Slovakia. If they do not buy it at the end of the apicultural season, it may be that they will be unable to buy this year’s domestic production, added Čermáková.

The consumption of honey has increased significantly in Slovakia. It now oscillates around 1.2 kg per capita per year. But as the last two seasons were weak, Slovak beekeepers are failing to cover the demand.