Girl from Orava bears title of World Champion in armwrestling

She had promised to bring the gold medal home. 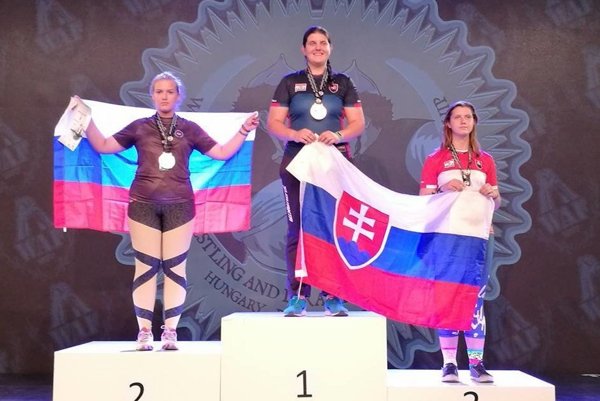 Barbora Bajčiová, a 17-year-old girl from Žaškovo in the Orava region, dominated the armwrestling Junior European Championships in May of this year with a gold medal for the right hand and a silver medal for her weaker left hand.

Her success motivated the biggest Slovak talent in armwrestling to work even harder, with a desire for medals in the September World Championship in Hungary.

“I wanted to score. My trainers expected me to bring some medals. At home I had promised to bring the title,” said Bajčiová as quoted by My Orava portal.

And she was successful. The student became the Junior World Champion in the right hand for the category above 70 kilos.

“A person has to toil a lot but the effort worth it. I am looking forward to continuing my fairytale,” Bajčiová stated, as quoted by My Orava portal.

She was close to the title of World Champion for the left hand as well but an opponent from Kazakhstan defeated her in the final round.

“I said to myself that I am going to fight until she tears off my hand. But she was better,” opined Bajčiová as quoted by My Orava portal.

Nikola Nuttová from Babín in the Orava region also won an unexpected bronze medal in the category under 50 kilos for the right hand in Hungary.