Šaštín: 40,000 attend the national pilgrimage on Our Lady of Seven Sorrows

On the national holiday of the patron saint of Slovakia around 40,000 people attended the national pilgrimage to the basilica dedicated to her. 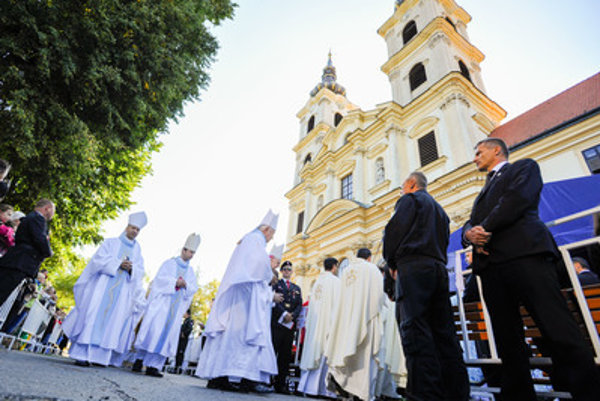 On Friday, September 15, the annual national pilgrimage hailing the Feast of Our Lady of Seven Sorrows, the patron saint of Slovakia, at Šaštín Basilica (in the Trnava Region in western Slovakia) was attended by President Andrej Kiska and Speaker of Parliament Andrej Danko, some cabinet members, as well as 40,000 other people. 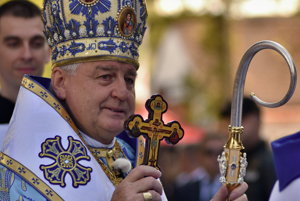 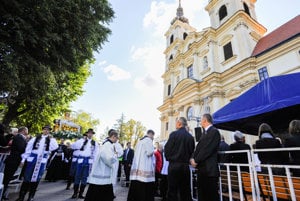 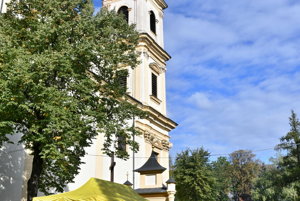 The national pilgrimage of Our Lady Of Seven Sorrrows, Šaštín, September 17, 2017 (8 photos)

Around 150 people joined the organisation efforts, with 130 priests attending a ceremonial mass celebrated by the Greek-Catholic Archbishop of Prešov Ján Babjak, Miroslav Janák, PR manager of the national pilgrimage, told the TASR newswire.

A holy mass was the culmination of the pilgrimage. In his sermon the archbishop pointed out the need for parents to make sacrifices and urged them to have more than one or two children. “Family is the foundation of society,” he noted, adding that current families tend to be somewhat selfish by having only one or two children, but society is dying out because of this. “Children were always viewed as a blessing from God by parents, and each child was always received as a great gift from God,” Babjak said, adding that strong families with an intense inner life will make life in Slovakia easier and more beautiful. “Of course, families need to have a solid foundation and work. It’s unfortunate to see people leaving for work abroad, with families breaking up,” the archbishop summed up.

Both Kiska and Danko stressed, according to the Sme daily, how they enjoyed the festive day, and pointed out Babjak’s statement that everyone should start scrutinizing their own errors, instead of those of others. The national pilgrimage in Šaštín has been taking place officially since 1732.