The double nostalgia of Uzhgorod

The castle in the Ukrainian town of Uzhgorod can evoke double nostalgia in Slovakia, as well in Czech lands 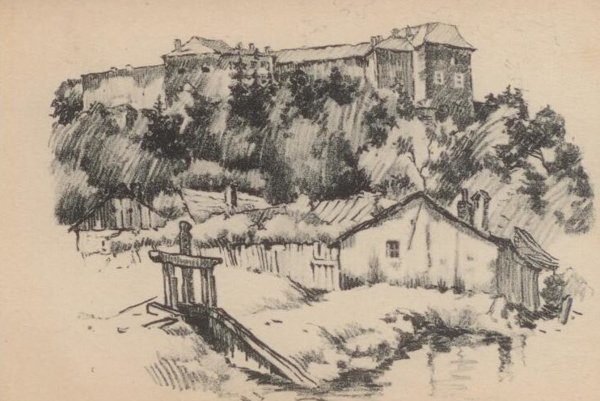 The Uzhgorod Castle (Source: Courtesy of B. Chovan)
Font size:A-|A+

The Zakarpattia Oblast (region) where the town of Uzhgorod with its castle lies belonged to then-Czechoslovakia in the years 1918 – 1945. Immediately after the end of the World War I, Slovak painter Janko Alexy, then wandering as a young men around the country, drew some of his typical picturesque artworks from this area into his sketch-book.

Nostalgic memories can be connected, though, also with the Great Moravian era. A nobleman called Laborec lived in the fortified settlement which preceded the current castle. The Slavonic aristocrat is said to have been a vassal of Great Morava – which could fill Slovaks, who in the past tended to find themselves as vassals, with a certain feeling of importance.

Laborec ruled at the fortified settlement until 897 when his army was defeated by nomadic tribes of ancient Hungarians. The count drowned fleeing the battlefield in a nearby river which allegedly got its name from him: Laborec. It is hard to establish, however, whether things were not quite the other way round – whether he was not named after the river. After Laborec’s defeat, Uzhgorod fell into the hands of the oldest Hungarian royal family, the Árpáds, for two and a half centuries.

Of course, the castle changed hands several times after that. Its great fame and at the same time great fall came in 1711. Uzhgorod became the centre of anti-Habsburg rebels and for some time it may have felt important and independent. However, this time was very brief, as castles which defied the Habsburgs often ended in flames or as permanent garrisons of the Hungarian army. Ultimately, Uzhgorod was occupied by Austrians.

From 1775 until 1945, the Greek-Catholic seminary resided in the castle.

Uzhgorod lies close to the eastern Slovak border and as it is still an attractive town worth visiting.