NY Times reports on the achievements of Spišský Hrhov where the mayor decided to improve the integration of Roma. 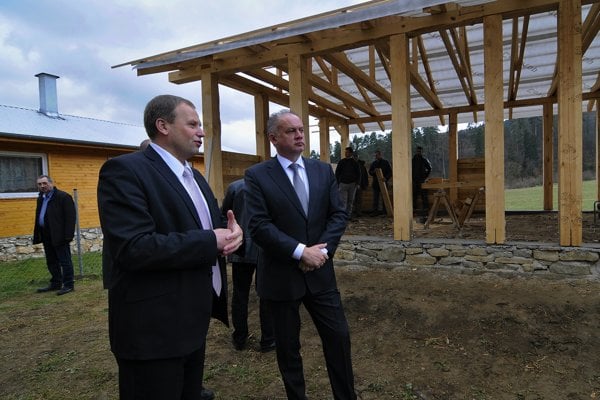 The village of Spišský Hrhov is showing signs of surprising prosperity, unlike the other parts of eastern Slovakia. In the municipality, where about 350 of its 1,800 residents are Roma, there are solid and well-tended houses, running water and electricity, as well as a former distillery turned into an art space, the New York Times daily reported.

“Twenty years ago, this village nearly disappeared,” Vladimír Ledecký, who has been the village’s mayor for 18 years, told the daily.

As he explained, at the time there were 700 residents, half of them Roma.

“The problem for Slovak villages is that when the population becomes half Roma, the other half tends to move out,” Ledecký added for the New York Times.

He then decided to change the situation and improve the integration of Roma with the community.

When he and a few young residents took over the village council in 1998, the Roma lived in shacks without electricity, almost unemployed and one-fifth of the children attending so-called special schools that taught them little and segregated them.

“There was nothing to do if people had no jobs,” the mayor told the New York Times. “So, the only thing to do was to set up a village company, the only aim of which was to provide Roma with jobs. We didn’t want to any profit.”

The first product from the village company was pavement tiles for sidewalks. Then the village started its own construction company for local infrastructure projects and to help local residents with home projects. Later, a shop selling local cheese and sausage opened on the highway at the edge of town. Herbal teas and apples were grown, dried and sold. An old lumber mill was leased out with the condition that the village gets all the sawdust, which it turns into biofuel pellets, the daily reports.

Now, unemployment among the Roma is down to 20 percent, no children being sent to separate schools and three Roma residents in college, the New York Times reported.

“Some of the village mayors are trying to do good,” Ábel Ravasz, government’s proxy for Roma community, told the daily. “Spišský Hrhov is the poster boy of this group.”

Locals confirmed the improvement. 27-year-old Petronela Kačová, who lives in one of the Roma neighbourhood’s newest apartment blocks with her husband and two young children, told the daily that until she got this new home, the family had to share one room in her mother-in-law’s house. Now, relations are cordial between Roma and non-Roma residents, unlike in other nearby villages.

“The children know each other in school, so they play together,” she told New York Times. “And we sometimes sit together, Slovaks and Roma, when we are at the pub together.”

Moreover, residents from nearby cities and villages began to move into Spišsky Hrhov, drawn by its growing reputation and land prices kept low to encourage newcomers.

Even foreign buyers are showing up. A man from London built a vacation villa. A Dutch family moved to the village. Land discounts were no longer required, the New York Times reported.

From about the 5 million people living in Slovakia, 150,000 are officially Roma citizens. The real number, however, may be as high as 450,000, according to Ravasz.

There are 1,100 officially recognised Roma communities in Slovakia, most of them in the central and eastern parts of the country, which are more rural and impoverished.

Of those, only about 10 or 20 have mayors like Ledecký, Ravasz told the New York Times.

“In Hrhov, the Roma start their lives in a brick house, with running water,” Ravasz told the daily. “They go to kindergarten. As they grow up, they see their parents working.”

Many Roma elsewhere have few, if any, of those advantages.

“They are born into segregated communities, far from civilization,” Ravasz continued. “They are the fifth of eight children, living in a shanty with no running water. Their parents don’t work. They are sent to special classes almost automatically.”

The contrast to Spišsky Hrhov’s success can be seen in the nearby village of Roskovce, an illegal settlement of about 500 Roma spread along a narrow ravine.

Two outdoor water pumps serve all of Roskovce’s residents. Homes are collapsing, half-finished, with gaping holes for windows and crumbling roofs. Ledecký, who is building a new school for the settlement, has hired a few of its residents, but many more are eager to join the village’s work force.

“This has really changed our community,” Ledecký told the New York Times. “The majority no longer have any problem with the Roma from our village. At the same time, they do not feel the same about Roma from other villages. I can’t understand why this racism persists.”