The new education minister scrapped the dubious legacy of her predecessor, the call for proposals to support research and development. 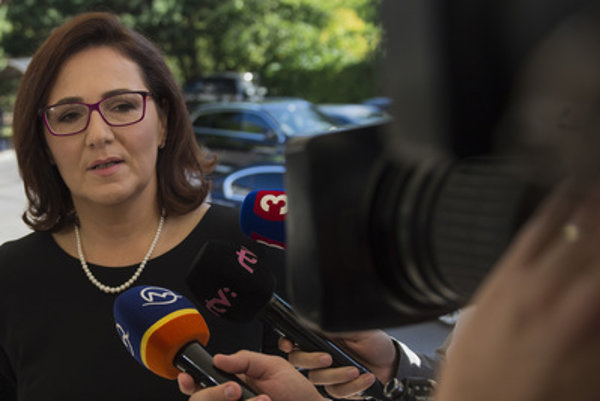 The Education Ministry informed the TASR newswire the next day that no decision on granting the money in this call has been issued and no contract granting the subsidies has been signed.

“The re-wording of the call will reflect society’s demand for stricter criteria for the quality of submitted projects, and the need for greater openness and transparency of the procedures within the call,” Lubyová said as cited by TASR, adding that the new call will be launched as soon as possible.

The Education Ministry named – as quoted by the SITA newswire – the changed rules as the main reason for scrapping the call.

The new rules will be based on the principles of an agreement signed between the representatives of research universities, the Slovak Academy of Sciences and members of the Open Science initiative, according to the ministry. They will include, for example, public panel discussions in the presence of professional evaluators and a new database of project evaluators based on stricter and more detailed criteria for the qualifications of evaluators. The ministry will discuss the new call with European Commission (EC) representatives.

To ensure greater transparency within the Operational Programme Research and Innovation Processes, the Education Ministry is to adopt effective measures that will be included in an Action Plan.

The ministry has been through several tumultuous months due to the controversial allocations of EU-funds for research that cost Peter Plavčan (also an SNS nominee) the ministerial post and caused the coalition crisis. Millions of euros from EU funds for research and innovation were allegedly provided to companies that had never done research before.

Meanwhile, the European Commission has suspended payments regarding four calls for proposals and ordered the ministry to desist from concluding new contracts with funding recipients. The scandal has also caught the eye of the European Anti-Fraud Office and Slovakia’s National Crime Agency (NAKA).

The essence of the scandal

Her predecessor, Plavčan has been criticised by the opposition and the media for allocating millions of euros from EU funds to companies. These companies made relevant adjustments to their focus of operations in the Business Register only shortly before applying for the subsidies, the Sme daily wrote.

The scandal was brought to light on June 30 when the Government’s Commission on Science, Technology and Innovations discussed it, according to the report published on its website, the Denník N daily wrote. The redistribution of funds was criticised by the Rector of the Slovak University of Technology in Bratislava, Robert Redhammer, executive director of Club 500, Tibor Gregor and Jozef Buday of the Association of Industrial Science Research and Development Organisations. They already knew their projects had been unsuccessful.

The Special Prosecutor’s Office ordered a check on the allocation of the money, while Plavčan refused to comment on the check by the police. Apart from the Slovak police’s National Criminal Agency (NAKA), the European Commission, the Supreme Audit Office and ministry officials are checking into the subsidies. The order came from a prosecutor of the Special Prosecutor’s office.