The idea of renting out M.R. Štefánik airport in the long term has re-surfaced after some time. But it requires the consent of coalition partners. 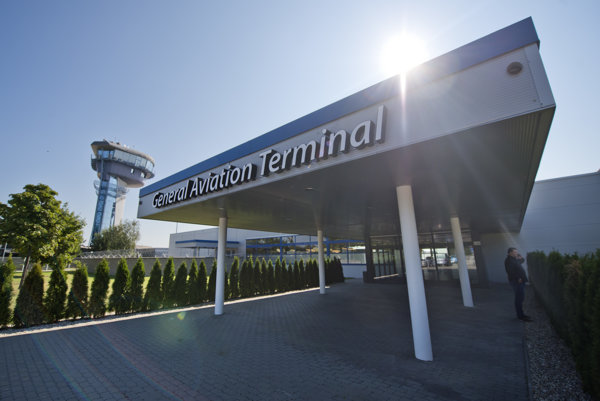 In the future M.R. Štefánik airport in Bratislava should be operated by a private investor. Transport Minister Árpád Érsek (from the coalition Most-Híd party) plans to offer the airport for long-term rental, the Sme daily wrote on September 20.

The Most-Híd coalition partners of Smer and the Slovak National Party-SNS have already received this alternative for evaluation by the minister. Without their consent, the airport cannot be rented out.

The SNS prefers and supports the development of the Bratislava airport under the auspices of the Slovak Republic, party spokesperson Zuzana Skopcova announced. This means that this minor coalition partner may represent a snag in the long-term rental, according to Sme.

The rental means that the investor would not become an airport owner but instead operate it for some time, usually 30 years. It should also promise to invest in its modernisation and maintain revenues, while paying rent to the state. “We need a concessionaire at the Bratislava airport for 30 years,” Érsek stated on September 20, after having met with the media. “The goal is to make the airport operate at its full potential.”

Vain efforts to rent out the airport

Several governments have tried to rent out the airport to a private entity – usually the rightist ones of prime ministers Mikláš Dzurinda and Iveta Radičová. But it was always the next cabinet, PM Robert Fico’s, which stopped the plans, or, as in the second Fico cabinet, simply did not finish them.

In state hands, the Bratislava airport has repeatedly reached its limits, former airport head Ivan Trhlík pointed out. The ownership structure and unallowed state aid were brakes on investment, as – simply put – the state cannot invest money in the airport, although a private owner/charterer can. This placed the Bratislava airport at a big disadvantage when compared with the Košice one. Currently, Austria’s Schwechat airport owns 66 percent of the Košice airport.

M.R. Štefánik airport would need hundreds of millions euros in investments to modernise the runway, as well as access to airplanes directly from the terminals. This could help lure not only the low-cost airlines flying now from Bratislava, but also the bigger national airlines.