The man who was sacked for pointing out the stalled investigation of the gravest mining tragedy in modern Slovakia as well as member of the involved expert department, will be awarded for his courage and determination. 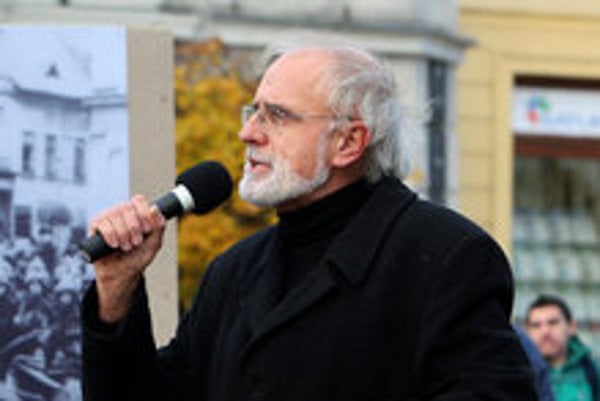 The Order of Ďurko Langsfeld for civic courage and professional bravery will be given this year to Vladimír Tejbus, former head of the Central Mining Office’s (HBÚ) mining safety department.

“He’ll receive the order for drawing attention to the fact that the case of the deadliest mining tragedy in Slovakia’s history, when 20 miners died in the Handlová mine (Trenčín Region) on August 10, 2009, wasn’t properly concluded,” Ján Mičovský of the civic association Spajáme Statočných (We Connect the Brave) told the TASR newswire. “In fact, basic safety rules and consequently the rescue work procedures were grossly violated.”

The official version, however, attributed everything to an act of God, while Tejbus was accused of violating the obligation of maintaining secrecy and was dismissed from his job, Mičovský added. The investigation into the circumstances surrounding the fatal explosion in the Handlová mine was re-opened in October 2016 and still has not been concluded.

“The prosecution of the crime for obstructing justice still hasn’t been concluded; it continues,” Trenčín Regional Prosecutor’s Office spokesman Marián Sipavý told TASR. “An investigator from the Prievidza District Police Directorate is taking procedural steps in the case in line with the Penal Code on the orders of a prosecutor from the Prievidza District Prosecutor’s Office.”

In the case, which has seen sentences handed down, a prosecutor from the Prievidza District Prosecutor’s Office, based on an examination of the file, scrapped a decision made by an investigator on September 12, 2016 to drop suspicions concerning the crime of obstructing justice, deeming this unlawful. A copy of the resolution on re-launching the prosecution obtained by TASR states that the “perpetrator, a staff member of the Main Mining Office (HBU), via their orders concerning the drawing up of a report on the findings,

influenced the work of the consultative commission”.

The private channel TV Markíza was the first to report on the investigation’s re-launching in October 2016, citing Tejbus. “The evidence found in the investigation dossier suggests that the entire course of the mining tragedy, mainly the causes of the fatal work injuries to the 20 miners, could have been, with a probability bordering on certainty, entirely different,” said Tejbus, who presided over the consultative commission. According to TV Markíza, the probable causes of death did not make it into the commission’s final report following an intervention by HBÚ chairman Peter Kúkelčík. HBÚ reacted to the report by denying the accusations.

About the award and the inspiring personality

This year’s Order of Ďurko Langsfeld ceremony is to take place in Prievidza on October 7. In addition to the families of the dead miners, President Andrej Kiska and many mining experts have been invited to the ceremony. “We’re convinced that examples of civic courage and bravery are of particular importance in our country nowadays,” said Mičovský, adding that the award has so far been bestowed on seven Slovak figures.

Juraj Langsfeld, also called Ďurko Langsfeld, was a 19th-century national revivalist, teacher and rebel who fought in a volunteer corps against the imperial Hungarian army, betrayed by his uncle – for 300 guldens – and hanged on June 22, 1849, aged 23, after he refused the pardon offered by the court in exchange for giving up his revolutionary ideals and political leaders (i.e. the group around Štúr).