The spa has turned to the EP; the mine sees claims of the Bojnice spa as not expert-based and manipulating public opinion 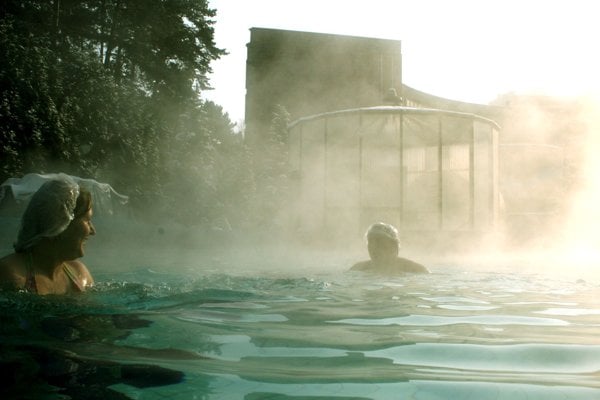 Two different businesses utilising underground natural resources have clashed in the region of Upper Nitra in central Slovakia. The spa company Kúpele Bojnice offering therapies with hot thermal water is fearing the loss of thermal water due to brown coal mining close to its springs. The Hornonitrianske Bane Prievidza (HBP) private mine denies the threat and perceives accusations of the spa as not expert-based and manipulating public opinion.

The dispute has now advanced to a higher level with the spa turning to the European Parliament (EP). Earlier in September it sent a petition to the EP asking to halt the current extraction of brown coal and preparation of new mining areas, among others.

“Thermal water and the Bojnice Spa in central Slovakia are threatened by the existing and planned mining activities of the Hornonitrianske Bane Prievidza through its massive pumping of thermal water in the Laskár area and the new mining planned three kilometres from the thermal springs the spa uses,” Slavomír Eliáš, director of the spa, writes in the petition. 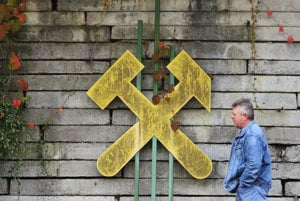 The spa fears that the mining in the 12th coal productive area planned for 2023 and 2034 can cause a massive water inrush and seriously harm thermal water sources. HBP plans to mine at a depth of about 250 metres below the surface, i.e. at the root level of the spa’s drills. The distance between the spa and the locality of the planned mining is between two and three kilometres, reads the petition.

“In case of a water inrush, it can be irreversible and so massive that it would be not possible to stop it by technical means,” Eliáš writes in the petition, adding that the mining expanding towards the spa increases the risk of the spa’s thermal water inrushing into the mine’s corridors and that it may irreversibly harm thermal water sources.

As an ex ample the spa references a similar case when a water inrush in 1954 halved the yield of Bojnice’s springs. This inrush vanished only after four years, Eliáš claims.

In the petition the Bojnice spa further questions the support the mine receives via the support scheme for electricity production from local brown coal.

The petition was just registered in the system and it still needs to be decided whether the EP would deal with it, Soňa Mellak, press attaché of the EP office in Slovakia, told The Slovak Spectator.

“The claims of the spa are not expert-based, laic, untrue, demagogical and manipulative of public opinion,” Adriana Siváková, HBP spokesperson, told The Slovak Spectator. She added that as these are harming their business activities and development intentions, they have taken legal steps to protect HBP’s reputation. “For more than 50 years of hydro-geological prospecting several prominent hydro-geologists and acknowledged academic capacities have excluded the impact over healing thermal waters due to coal mining.”

Neither does the mine agree with the argument about the water inrush from 1954, saying that the connection between the inrush and Bojnice springs was refuted in 1960, said Siváková.

Coal extracted by the HBP mine is fired by the nearby thermal power station in Nováky, operated by the dominant electricity producer Slovenské Elektrárne (SE), under a state support scheme. SE runs the Nováky plant on the order of the government in the public interest.

Robert Fico’s government has been supporting the mine’s operation over the long term, basing its argument on securing a supply of electricity from domestic sources as well as maintaining employment in this region.

Back in 2015 Fico’s government extended the support scheme to 2030. Under these prospects HBP is preparing new areas for coal mining.