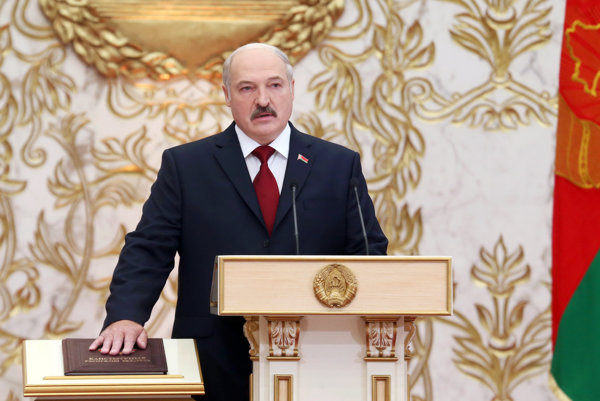 Several “alternative” media in Slovakia published articles in early September about an alleged incident on a train in Sweden. A 53-year-old local allegedly ate bacon in the presence of three Muslim women and was subsequently punished for offending the feelings of the believers.

Only the Napalete.sk website recorded some 600 likes for this article online, and it was also shared by the conspiracy website Slobodný Vysielač.

An incident really happened in 2015 in Stockholm when a man approached three Muslim women and put bacon in their faces, wanting them to eat it. The women left to sit somewhere else, but the man followed them. The Swedish paper The Local wrote, citing the court ruling, that the man said he hated Muslims. He was fined for his behaviour.

The Slovak version of the report is an easy-to-detect hoax. It does not cite any sources and does not have a byline.

Vaccine to change attitudes toward migrants is a hoax

Experiments have shown that increased oxytocin levels in the bodies of individuals led to more positive perception of migrants and greater willingness to help them materially. German scientists hope the vaccine could help suppress xenophobia. This is the message of an article published by the Hlavné Správy “alternative” news website. It was shared on Facebook, mostly in groups supporting the extremist ĽSNS.

Indeed, German scientists did research the influence of oxytocin on the levels of xenophobia or altruism in people, as reported by the Science Daily website. The complete results of the study are available at Proceedings of the National Academy of Sciences of the USA.

But none of the texts mentions the word vaccine. The experiment was meant to reveal the influence of oxytocin in combination with social norms. Some of the people in the experiment got doses of the hormone as a nose spray for the purposes of the experiment.

Science Daily, however, noted that the oxytocin alone did not change the people’s attitudes toward migrants.

Belarusians are not better off

The Nekompromisne (Uncompromising) Facebook group published a list of prices of food and other items in Belarus to show that Slovaks are facing high prices and low salaries in the EU, while Belarusians have a much higher living standard.

“They produce trucks and buses, they have excessive production of food that they export,” reads the post on the page. “They have no VW, no Peugeot, and no Kia, that is why.”

The posts about prices in Belarus together earned thousands of likes and shares on Facebook.

The problem is that the numbers do not add up. The first on the list is butter, which recently became more expensive. The other prices can be quickly checked with the numbeo.com crowdsourcing website. Based on its numbers, the average monthly salary in Belarus is €334.79, and the monthly rent of a three-room flat in the centre of Minsk is €527.7. Banks issue housing loans with interest rates at 22 percent.

While basic foodstuffs are cheaper in Belarus, branded clothes and shoes and restaurants cost more or less the same as in Slovakia, where the average salary stood at €912 in 2016.

Macroeconomic data also prove the price list is a hoax. Slovak GDP per capita was 16,476 US dollars in 2016, while in Belarus it was less than 5,000. Slovakia has a higher state debt but a much lower state budget deficit.

But economy is not everything. Belarus is also the last European country to still apply the death penalty, and President Alexander Lukashenko has been in power since 1994. Belarus also suppresses human rights and the freedom of media, confession and gathering.