German election crucial to the EU's future as well as Slovakia

Slovak political parties and politicians congratulate German chancellor on the victory of her party in the Sunday, September 24 election; and the Foreign Ministry notes that her country remains a key partner in foreign politics. 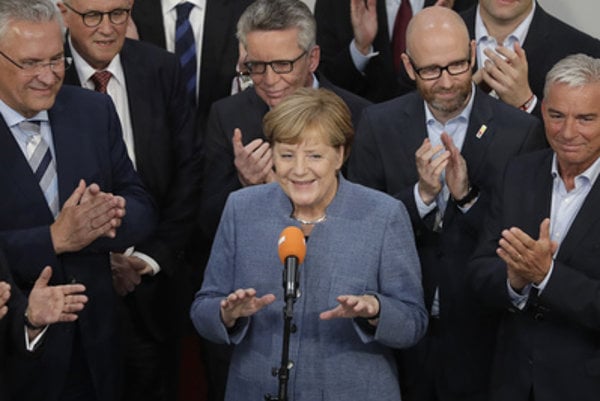 The three main facts of the recent elections are the SPD leaving the coalition as a minor partner for the opposition; a strong, almost 90-member mandate for the Alternative for Germany (AfD), and the weakening of Chancellor Angela Merkel, Milan Nič – analyst of the Robert Bosch Centre for central and eastern Europe of the German Society for Foreign Policy in Berlin – told the TASR newswire. However, the analyst warned about premature conclusions.

“I wouldn’t anticipate the Jamaica (i.e. black-yellow-green coalition – of the CDU/CSU with liberal FDP and the Greens) coalition to really take place,” Nič opined. “This can be commented on only after it comes into existence. The most stable solution would be a continuation of a big CDU/CSU and SPD coalition. However, the SPD announced that it would retreat into the opposition, and thus, it is impossible to continue with the big coalition. “But they (SPD) know very well that in the long term, it would kill their party,” the analyst told TASR.

“Merkel’s weakening is caused not just by the fact that she has two mere options: Jamaica or a minority cabinet she had already refused; but also with her party marking a huge loss of votes,” Nič explained. “Especially CSU in Bavaria had the worst result since World War II.” He added CSU will thus be a very inscrutable element of the coalition – meaning Jamaica will be, in fact, a coalition of four parties rather than three. Also, the dividing of ministerial positions will be difficult, according to him. 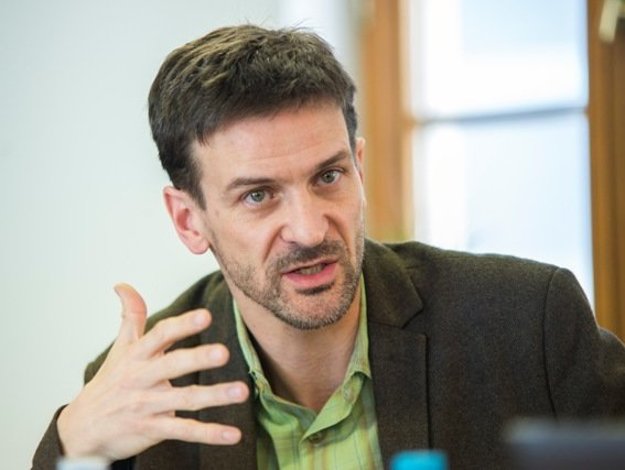 Germany will be a less easily predictable partner for compromises in Europe. “Such a difficult combination – Germany has never had one like this at the federal level – meaning a smaller appetite for the fundamental reforms of the eurozone, and thus the great agreement between Berlin and Paris will be made more on the issues of defence, security and migration,” the Slovak analyst said.

The good news for Slovakia is, according to him, that Merkel continues as chancellor and the bad news is that Germany will have a less stable and predictable government, which will only be searching for space in European issues.

Nič concluded that the one thing that is good in the long term is that the FDP in the German government will have to accept more responsibility in European themes, and thus will be a moderating factor for the Slovak SaS party and its chairman Richard Sulík.

There is no sensible alternative to Merkel, chairman of the opposition SaS party Richard Sulík opined, reacting to the result.

“For us, the key fact is that Germany will remain, also after the election, a key partner in foreign politics,” said Ivan Korčok, state secretary of the Foreign Ministry, as cited by TASR. He noted that the new German government will be expected to express its views about the EU – although the final form of the Union will be the result of a consensus.

The election results in a new environment, since for the very first time, an extremist party will sit in the German parliament, Bundestag, head of Slovak parliamentary committee for foreign affairs, František Šebej (the coalition Most-Híd party) told TASR. He added that concerning the hectic international situation, Merkel is a blessing.

The results of the September 24 German general election will be crucial for the future orientation of both the EU and Slovakia, the non-parliamentary Christian Democratic Movement (KDH) opined for the TASR newswire. Europe needs conservative policies espoused by parties such as CDU/CSU headed by Chancellor Angela Merkel, KDH chair Alojz Hlina said.

“Populism offers no solutions, it only stirs new conflicts...It is paramount for Europe to have its most important economy governed by a cabinet aware of its responsibility not only towards its own country but also the entire EU,” Slovak MEP Ivan Štefanec told KDH.

The CDU/CSU and incumbent German Chancellor Angela Merkel won the election and the result suggests a coalition of the CDU/CSU, FDP and The Green Party.

This entitles her to put up a strong, right-wing and pro-European cabinet, Slovak non-parliamentary parties Strany Spolu – občianska demokracia, OKS and KDH opined, while also congratulating her on her victory.

“We are glad about the victory of our partner party,” KDH reacted, as cited by the SITA newswire. “Strong Christian Democrats in Germany mean a stable country – and a stable Germany is crucial for further debate on the path of all Europe,” Hlina said.

It is in the interest of Slovakia for Germany to have a strong, competent and pro-European government, according to Štefanec.

Apart from congratulating Merkel, the rightist conservative OKS expressed worry about the extremist AfD making it into the German parliament. However, the OKS chair MP Ondrej Dostál welcomes the rational and sober stance of German conservatives to foreign policy, especially in relations with Russia and the US, as well as the issue of protecting the outer Schengen borders and building the European system of defence, along with the quotas. Extremists gaining seats in parliament proves the tabloidisation of politics and the growing frustration in voters who feel the disinterest of elites towards their problems. The standard political parties should persuade these voters that opting for extremists is no solution to their problems, Dostál summed up.

The new-born party Spolu – občianska demokracia of MP Miroslav Beblavý consider the situation an occasion that must be exploited to finally solve some key European Union issues. The German cabinet will also impact the EU, which got stuck halfway between inter-governmental cooperation and federal government, Beblavý opined for SITA – and it will have to decide how to solve this unsustainable situation.