The memorial is damaged quite often. 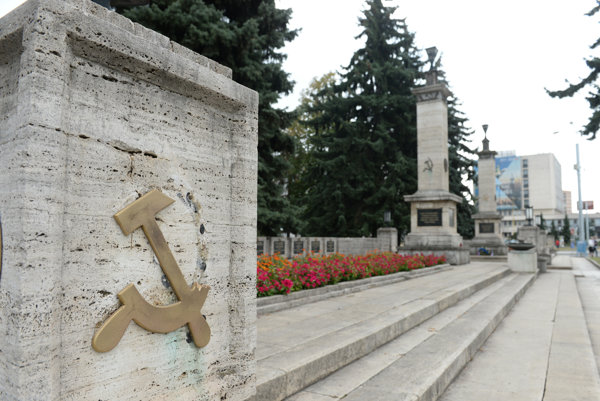 Artist Peter Kalmus was sentenced to four months in prison conditionally, since he allegedly cut off the sickles and hammers from the WWII victims’ memorial in Košice. The ruling was issued shortly after activist Ľuboš Lorenz spent several days in custody for actually removing the symbols from the memorial.

Kalmus is ready to appeal the verdict.

“Not even my lawyer Daniel Lipšic expected this,” Kalmus said, as quoted by the Sme daily, adding that the ruling was issued without the testimony of proper witnesses. 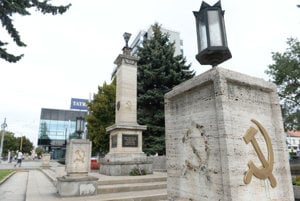 He sees an effort to discourage artists behind it.

“They want to put us to prison to scare off others,” Kalmus added, as quoted by Sme. He could not say what will happen after they submit an appeal.

The ruling concerns an incident from last August when police officers stopped Kalmus at night and asked him whether he had removed the communist symbols from the memorial. Though he denied it, the police officers told him someone reported it. The artist refused to pay the fine for damaging the memorial, claiming he was innocent, Sme reported.

Both Kalmus and Lorenz also face charges for damaging a bust of communist leader Vasil Biľak in the village of Krajná Bystrá (Prešov Region), on which they poured red colour. The district court in Svidník will deal with the case this week.

The communist symbols are removed from the memorial in Košice quite often. Lorenz was detained for removing them at the turn of August and September, spending two days in custody.

According to the monuments board in Košice, the sickles and hammers are a historical part of the memorial and should not be removed. The same is said by the city of Košice and the local administrator of greenery taking care of the memorial, Sme wrote.