Plans to build river beach, marina and park without significant progress for now 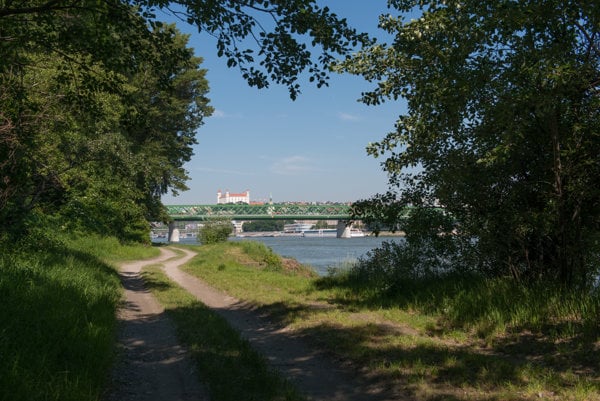 In the past there used to be merry-go-rounds and a river beach on the Petržalka bank of the Danube River. Now instead of the former entertainment there are parked cars and caravans along with the very last remnants of the once popular Lido river beach with pools hidden in dense greenery. But this may change. In the spring developers and water athletes introduced a study on how this area could look. They want a river beach, a marina for small boats, as well as a park and paths for walking and cycling.

“People from today’s generation no longer dream about a washing machine, a fridge or a vacuum cleaner,” said Martin Mišík from the Association of Bratislava’s Water Sports Club during a discussion about the future usage of this Danube riverside at the third Forum of the Danube Fund on September 21. “Today people dream about quality of life, nice public spaces and functioning institutions in order to feel good where they live.”

Mišík believes that, based on the study, on whose elaboration he cooperated not only as an active water athlete but also a senior hydraulic engineer, it is possible to build such a space.

The creation of a new recreational zone is part of an extensive plan by developers J&T Real Estate and HB Reavis to build the new Nové (New) Lido city quarter with a new centre opposite M. R. Štefánik Square and Eurovea. The developers have applied for status on an important investment for their large projects in Bratislava, including New Lido, which should simplify the approval process as well as bring them other advantages.

“The centre of the city cannot be built in some isolated blocks,” said Pavel Pelikán, executive director of J&T Real Estate. He added that this was the reason why they incorporated the idea of building a recreational zone on the Danube embankment into their plans. “This must be a coordinated activity that should provide everything a city centre needs or what it lacks or even repeat what people like to use. We have experience from the opposite Danube bank, for example Eurovea. Bratislavans like the Danube, but so far they do not have access to it.”

The Bratislava city council, to which the authors submitted the study in the spring, welcomes the idea of building a new recreational zone on the bank. But it has not issued an official response to it yet.

“From the viewpoint of future development, the city sees the area between the Starý and Prístavný Bridges, where the New Lido is supposed be built, as an important recreational area with the added value of the natural anti-flood protection of the city,” Iveta Kešeľáková from the press department of the Bratislava city council told The Slovak Spectator. “The intention of the investor of building a new beach on the Danube would return the city the original usage of this Danube embankment. The city supports this intention.”

The city has already met several times with authors of the study and further meetings will follow, said Ingrid Konrad, chief architect of Bratislava, during the forum.

The study pertains to the area located between the Starý and Prístavný Bridges, the river and the anti-flood dam. It is about 25 hectares large and is under the ownership of the city. It is administered by the state company Slovenský Vodohospodársky Podnik, which manages water courses and river basins in the country. 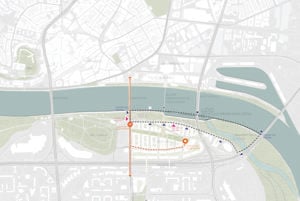 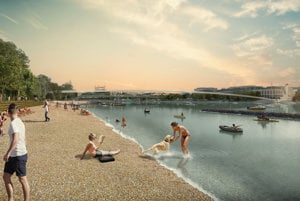 Contrary to the rest of New Lido, which the developers plan on developing and which is located behind the anti-flood dam running roughly along the river, this is an inundation area. This means that in case of floods this is the space where the Danube could overflow instead of flooding the more precious parts of the city, like the Old Town. However, the anti-flood function of this area limits its future possible usage somewhat.

The study proposes creating a lagoon with a public river beach on the site of the original Lido. The lagoon would be about 400 metres long and 30-45 metres wide and be divided from the main course of the river with a stone dam. Holes in the dam would secure the circulation of water and enable boats to access a small marina located in the lagoon. 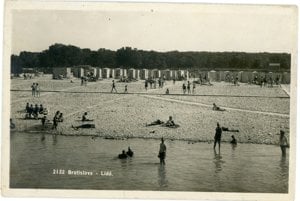 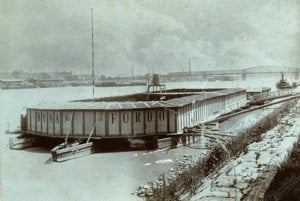 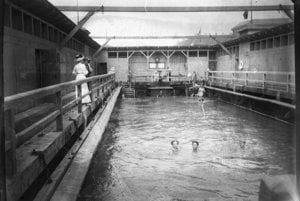 The marina should provide space for small motor boats bringing visitors to Bratislava. It should not be used for the long-term parking of boats or their repair.

The study proposes extending the existing promenade along the Danube from Sad Janka Kráľa Park towards the Apollo Bridge as well as extending cycling paths. This will link the entire area to current and future walking, cycling paths.

Based on this document, the three existing boathouses, where four water athlete clubs are located, would be replaced by two new boathouse.

The study also proposes placing the Ovsište branch of the Danube on its original route. This arm disappeared during the construction of nearby Prístavný Bridge and has not been revitalised yet. The revitalisation of the Ovsište branch would mean a return of original Danube biotopes, i.e. an added value in terms of nature protection.

The plan is to keep the current degree of protection in the Soví Les forest protected area, lying between the Apollo and Prístavný Bridges. Here the promenade would turn into a tourist path. 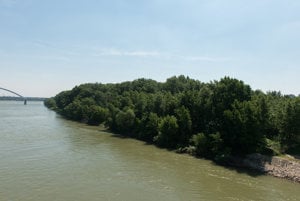 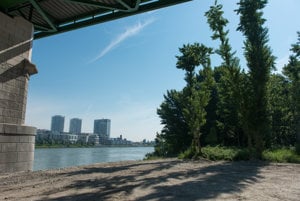 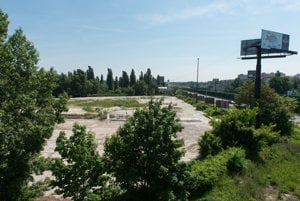 As the area administrator Slovenský Vodohospodársky Podnik does not have any problem with a more intensive usage of the riverside, including the anti-flood dam under the condition that the anti-flood protection of the area is preserved.

“We are open to solutions,” said Marián Supek of Slovenský Vodohospodársky Podnik during the forum.

Due to the anti-flood protection function of this zone no permanent buildings like restaurants can be built here. Only temporary buildings are allowed.

“It must be in the style of neighbouring Magio Beach,” said Supek, recalling the annual beach built each summer on the riverside between the Nový and Starý Bridges and dismantled for the winter.

The requirement of Slovenský Vodohospodársky Podnik is closely connected with the city’s request of building supplementary facilities for the recreational zone like restaurants.

“There will be a public beach and activities we are welcoming and supporting,” said Konrad, adding that for now the building of such facilities has not been planned based on the study. She believes that these could be built behind the protective anti-flood dam, i.e. the area in which the developers have their investments plans.

The solution as proposed by developers and water athletes needs a change in the valid master plan. This is because it is counting on creating an artificial water channel exactly in the place where the new recreation centre should be located.

“There is no reason to make such a big change in this area as it was originally planned,” Mišík, told The Slovak Spectator. He added that they consulted the study with the creators of the master plan and that they do not insist on building the artificial arm.

The developers themselves are requiring a change in the master plan for their projects since they are planning more intensive construction here than the original plan allowed them. They would like to build more apartments as well as a tram line. But in Bratislava it lasts years to change the master plan.

Thus the question of whether the new city beach can be built here remains open. The projects before and behind the anti-flood dam are conceptually interconnected, but their implementation period is not mutually conditioned. In terms of financing these are also independent zones, said Daniela Stričková, spokesperson of J&T Real Estate.

“It is the city who owns this land and it will be the city that will have the last word in the subsequent implementation of the project,” Stričková told The Slovak Spectator. She added that the city believes that in the end the riverside area will be developed within the cooperation of several subjects as well as in phases.