Košice marathon was won by Kenyans

Apart from the winners and the participant, there was another prominent guest in the city: Tegla Loroupe who won the world champion title in half-marathon 20 years ago. 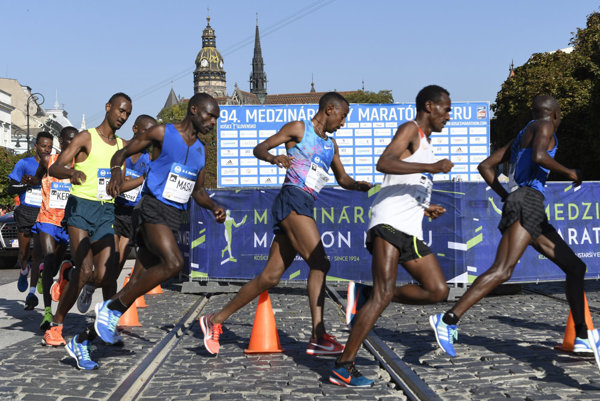 Kenyan Reuben Kiprop Kerio, aged 23, won the main men’s category at the 94th edition of the International Peace Marathon (MMM) in Košice that took place on October 1. He crossed the finish line after 2:08:11 hours.

The weather was ideal, the local daily Korzár wrote. At half-time the race looked like it would result in a new track record (2:07:01 from 2012), but after the 40th kilometre, it was obvious that this would not happen. Kerio beat his rivals after a solo in the last four rounds, in a feat that ranked him among the first 10 fastest marathon runners in Košice, while also improving his personal record.

“I’m very happy to have won and made a splendid personal record,” Kerio said for the public-service broadcaster RTVS, adding he knew that after 38 kilometres he could win.

He said for Korzár that he liked everything in Košice and wants to come back next year.

Among women, the winner of main category, Kenyan Sheila Jerotich, beat the female track record with a time of 2:27:34, improving the time of Ashete Bekere Dido in 13 seconds. The women tried to make a new record from the very beginning, and in the first half of the track, the best finishing time seemed to be somewhere between 2:24 and 2:25 hours. 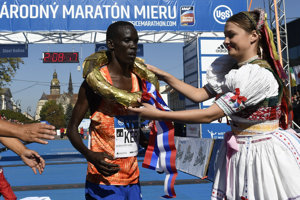 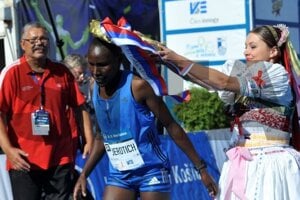 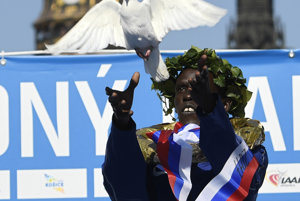 Jerotich had an excellent day, feeling great from the very beginning of the race. Compared to her first marathon in China, the Košice one was much nicer and the conditions were much better, Jerotich said.

Best Slovaks, winners of other categories

The best Slovaks were Tibor Sahajda (9th, in 2:18:44 hrs.) who made his personal record, five minutes better than the previous one. The limit enabled him to participate in European Championship; and Jozef Urban (10th). Both were representing the local SR/TJObal Servis Košice team.

The half-marathon was won by Jiří Petr of the Czech Republic (1:10:09 hrs), and among women Veronika Zrastáková (ŠK ŠOG Nitra 1:21:43 hrs) from Slovakia.

The honorary guest and the biggest star this year was Tegla Loroupe, who won the world champion title in the half-marathon 20 years ago. Louroupe, from Kenya and aged 44 now, was radiant the whole weekend.

“I felt the memories from 20 years ago revive in me,” she said, as cited by Korzár. “In Košice, a huge athletic family has been formed, and it is great to see them again.” 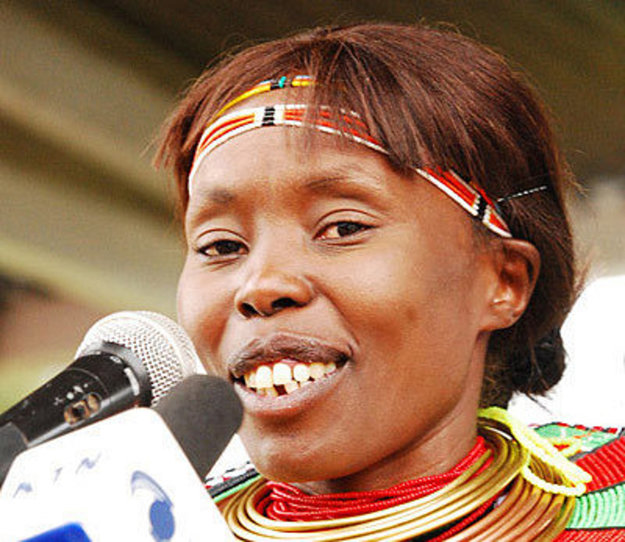 She won the Košice half-marathon in 1997, and shortly afterwards the world championships in Zürich and Palermo. Loroupe remembers the Košice run as being supported by many people, in a very nice and peaceful atmosphere.

She became the UN ambassador for sports later, as well as the global athletic federation IAAF and UNICEF. Apart from this, she has her own peace organisation bearing her name, and she founded a school and an orphanage in Kenya.