The last day of September was tragic in the Tatras

Mountain rescuers had a busy night on September 30, and two fatalities were recorded. 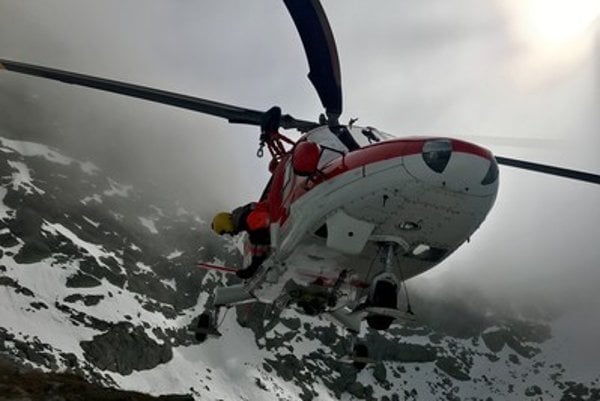 Mountain rescuers had to be dispatched to several places around Slovakia on the last day in September, the TASR newswire wrote.

Already in the morning, a 17 year old boy of Hungarian ethnicity was brought to the Mountain Rescue Service (HZS) House, the rescuers stated on their website. He was lost during a group trip to the High Tatras. He was found at Hrebienok by a local hotel employee.

In the afternoon, rescuers were called to help from the eastern slope of the Ľadový Štít peak, where a man, aged 54, fell from Ľadová Štrbina into the Malá Studená Dolina valley. He suffered deadly injuries in the difficult landscape.

“During the rescue operation at Ľadový Štít, a request for help came from the Western Tatras, where a Slovak climber, aged 38, became sick during a descent from Klin, as well as suffering high blood pressure and leg spasms,” HZS stated, as quoted by TASR.

The crew of the Helicopter Rescue Medical Service (VZZS) from Poprad was asked to cooperate and speed up the operation. The hiker was transported to the hospital.

Late afternoon, the HZS was asked to intervene under the Lavínové Sedlo saddle in the High Tatras where a Czech mountain climber (aged 23) fell 30 metres, suffering a serious leg injury. It was not possible to fly her to the hospital, and the HZS rescuers went to assist her on foot.

A mere three minutes later, the phone rang again, regarding two uninjured Czech hikers who got stuck under the Zadný Gerlach peak. They had to wait until the next morning, just like five climbers the previous day, TASR wrote.

The last request for aid came from the Lomnický Štít peak, where two Slovak climbers became lost during the descent and feared continuing in the darkness. They had to spend the night out, too and in the morning were brought to safety by HZS rescuers and the Interior Ministry squadron who flew to the area of Lomnický Štít shortly after the Czech women were evacuated from Zadný Gerlach.