One candidate withdraws in the fight for Banská Bystrica Region

The opposition candidate, Martin Klus, stepped down following the results of preference polls, and gave his support to one of his rivals. 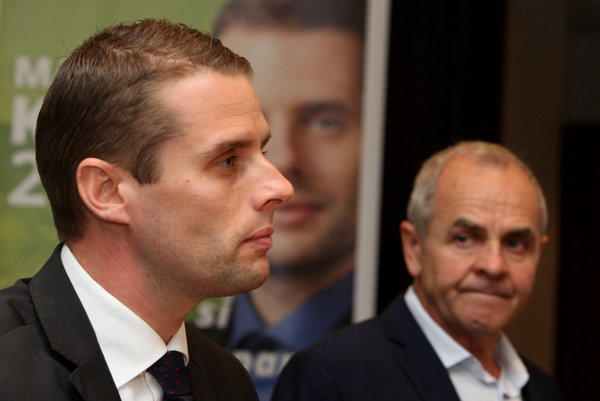 Opposition candidate for the post of Banská Bystrica Region’s governor, Martin Klus, officially withdrew from the fight on October 3 in favour of his rival, businessman Ján Lunter.

He made the decision following the preference polls carried out by the AKO and Median agencies. Since he was supported by several opposition parties, he said he had consulted about the matter with them and has their support. 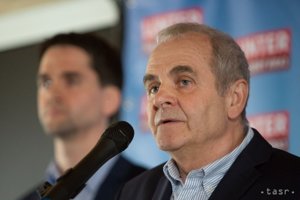 “I give up my candidacy in favour of Ján Lunter today as it is necessary to drive intolerance and incompetence out of our region and the whole of Slovakia,” Klus said, as quoted by the TASR newswire.

A political analyst and MP for Freedom and Solidarity (SaS), he referred to the polls that showed the clear favourite for the governor’s post. He did not publicise the specific results, though, claiming there was no agreement about this among the other candidates who had ordered them.

Klus, however, said that the results were similar to those from the September Focus poll, which suggested that Lunter would receive 30.9 percent of the vote, while the current governor, extremist Marian Kotleba, would receive only 22.2 percent.

“Our polls clearly showed that, with the current number of candidates, the risk of the current governor’s victory is huge,” Klus said, as quoted by TASR. “As a political analyst, I know that in the case of a one-round election, low turnout and hidden voters supporting the current governor, we cannot afford such a gamble.” 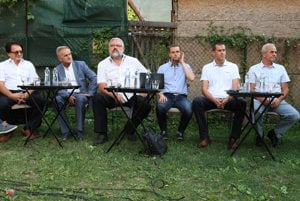 Apart from Klus, another 15 candidates are running for the post.

Klus in fact fulfilled the promise made by some candidates in the region, who said they would withdraw from the fight if the polls showed one clear winner, in order not to divide the votes and to defeat Kotleba. The polls were ordered by Stanislav Mičev, Igor Kašper, Pavel Greksa and Viliam Baňák as well as Klus himself. They learned the results on October 2, TASR wrote.

At the press conference, Lunter thanked him for the support, saying he considers it a commitment.

Meanwhile, several politicians responded to Klus’ withdrawal. The decision was welcomed by Deputy Prime Minister for Investments and Informatisation Peter Pellegrini (Smer), according to whom Klus has confirmed that his word can be trusted, as reported by TASR.

Also Justice Minister Lucia Žitňanská (Most-Híd) appreciated the step, pointing to the earlier reports about extremists from the People’s Party – Our Slovakia (ĽSNS) organising shooting training with Polish extremists, as she wrote on her Facebook page.

Klus’ voters may not automatically vote for Lunter

The fact that Klus gave up his candidacy does not automatically mean that his voters will opt for Lunter, sociologist Martin Slosiarik, head of Focus, told Sme. In any election, some voters do not follow the recommendations of their candidates to support the others.

“The relevant part of Klus’ voters, however, would support Lunter,” Slosiarik told Sme. “The voters for Klus and, for example, Mičev are not willing to support Kotleba and the joint candidate against Kotleba is an alternative for them.”