‘A manual’ for the festival; organisers have prepared a map, routes and a mobile app to guide visitors and help them get oriented 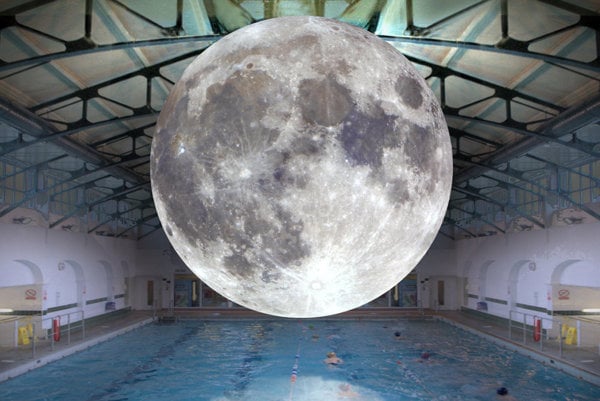 Museum of the Moon by Luke Jerram will be installed in Medická garden. (Source: Courtesy of Biela Noc)
Font size:A-|A+

The multi-genre festival, Biela Noc, or White Night in English, will transform Bratislava’s streets into a magical night walk for the third time. On the night of October 7, art works, installations and performances by 298 Slovak and foreign artists, performers, musicians and designers will be presented at almost 70 stops scattered around the city centre as far as the culture hub Nová Cvernovka on Račianska Street. This contemporary art festival will start on Saturday at 19:00 and will last until 02:00 Sunday morning.

“I’m looking forward to the gigantic luminous moon that will be in the Medical Garden, but also to the performance of Dökk, which means ‘dark’ in Icelandic, by the Italian team of fuse* in the Old Market. The light installation on the Square of Freedom will also be magical,” the festival’s artistic director Zuzana Pacáková listed just a few headliners of the festival. 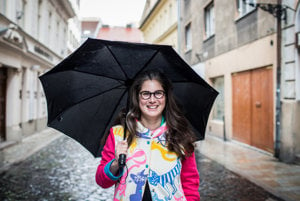 Read also: Head of White Night: We had to explain we are not racists Read more

She is also very pleased with the significant participation of Slovak artists. For example, Boris Vitázek, who will animate stories about Bratislava’s public space on the facade of the Tesco department store downtown, so-called mapping on the outer wall of the headquarters building of the Slovak National Museum at Vajanského Nábrežie by NANO VJs and the interactive light installation on the reversed pyramid of Slovak Radio by Ondrej Maksi and Jana Potiron.

The goal is not to see everything, but to choose wisely

The festival has grown considerably since last year when nearly 100,000 visitors could see almost fifty installations in the capital. It is no longer humanly possible to visit all the places and works and enjoy them properly. The organisers are therefore encouraging visitors to firstly have a look at the individual sites either via their website bielanoc.sk or the mobile app and decide what they want to see. They can also follow the recommended routes or create their own according to their preferences. They can do so either with a mobile app or a paper map that will be available at each stop. 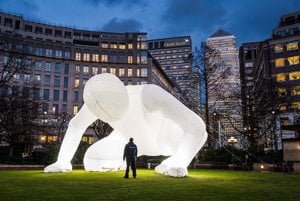 On the Slovak-English map they will find four routes: We Are Family! Meant for families with children; Play! for those who want a mix of art, entertainment and interactivity; Water Route – a walk along the Danube; and True Lovers of Contemporary Art for more demanding visitors.

The festival organisers, in cooperation with the VÚB Foundation, have created an application, both in Slovak and English, for mobile phones, Biela noc 2017. It is already available at Google Play and the App Store. It contains a map, descriptions of the works and their creators as well as photographs, so visitors can better decide whether they want to visit that place or not. The app also offers the possibility of creating one’s own route and navigating along it. 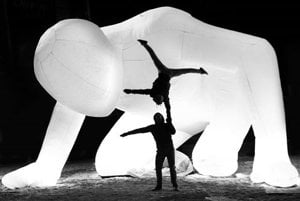 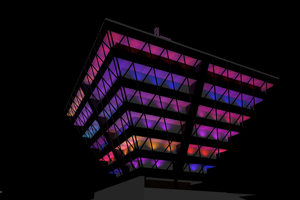 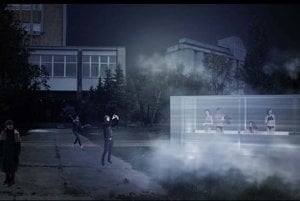 Not everything is free

Some sites of the festival are accessible only with a festival pass. It costs €8 and it is possible to buy it online via the website of the festival, bielanoc.sk, (only until 12:00 on Saturday) or at Lab. Café on Námestie SNP 25 in advance. During the festival, it will be possible to buy the pass in Stará Tržnica (the Old Market Hall), Kostol Klarisiek church, in the Slovak Radio building (Inverted pyramid) and Mirbach Palace as well as the Lab. Café.

Organizers call on visitors to leave their cars at home and exchange them for the enhanced public transport or bicycles. Public transport will be increased in the city of Bratislava and Slovak Lines will strengthen bus connections to towns and villages around the capital, i.e. Stupava, Pezinok, Modra, Slovenský Grop, Chorvátsky Grob and Senec. Both urban and regional transport organisations are prepared to send additional buses into the streets if needed.

In Cyklokuchyňa at the end of the Old Bridge on the Petržalská side of the Danube River there will be a guarded bicycle parking lot. From the individual boroughs of the city, the so-called cyclobuses will transport bicycles to the city centre.