Concerts and adoption of pipes to save precious organ 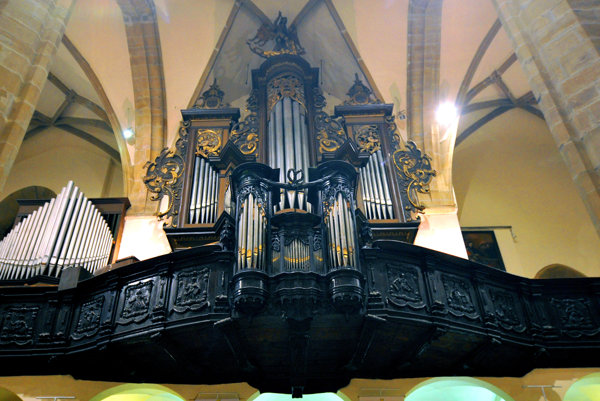 Civic association Prešov’s Gothic is trying to save the historical organ at the local Cathedral of St Nicholas. It is organising three concerts to take place in October to help restore the 300-year-old instrument.

Apart from the concerts, it is collecting money by auctioning paintings or offering organ pipes for adoption, the SITA newswire reported.

The concerts will take place in three different churches. The first one, on October 12, will be held in the Evangelical Church of the Holy Trinity, while the second on October 19 will be hosted by St Joseph’s Church. The last one on October 26 will take place in Cathedral of St Nicholas. All of them start at 19:00, and will be part of Prešov’s music autumn event.

Apart from saving the organ, the civic association also wants to restore the tradition of organ festivals cancelled during communism.

“Our predecessors left us a great space, a nice organ, but we don’t use them,” said František Zborovský of Prešov’s Gothic, as quoted by SITA.

Reconstruction may last at least a year

Though the organ is working, it is not in good condition. It thus requires constant maintenance. It would be better to repair the organ, but this may cost €300,000-700,000. The final price depends on the number of pipes, registers and other specifics, like the reputation of the company, Zborovský explained.

During the reconstruction, the association is counting on replacing the internal parts of the organ and removing one of the three cases, which is not original. The work may start next May, with the reconstruction lasting at least one year.

The organ in Cathedral of St Nicholas is considered one of the most precious in Slovakia. The five-part Renaissance and early Baroque instrument was created in 17th century and is situated in the western part of the cathedral. It contains 43 registers in three cases. It has 3,480 pipes and 20 bells. The three-manual playing table controls the valves with a pneumatic mechanism. 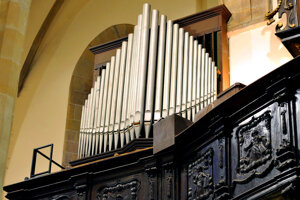 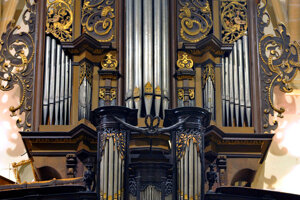 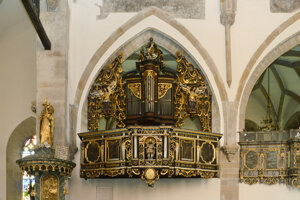 The precious organ in Prešov (5 photos)

Due to its size, the repair will be difficult both on the financial and technical side, and will require professionals. This is why the civic association has organised several concerts to raise money for the reconstruction.

Apart from concerts, the potential sponsors can also adopt an organ pipe, costing €1,000. The names of the donors will be written on the functional pipe inside the organ.

Moreover, in cooperation with the company Osvyum, an auction of paintings by famous eastern Slovak artists is planned for late November, SITA reported.