After the change of the administrator, the studies at the school will still be free. 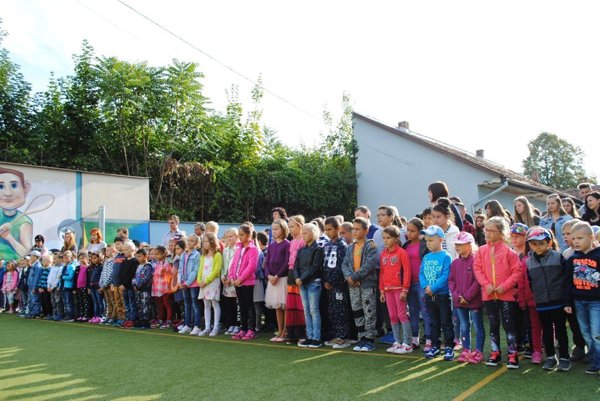 The Private Primary School and Kindergarten DSA in Lučenec has a new administrator as of September 1. All the competences were transferred from the town to Slovak education organisation Deutsch-Slowakische Akademien (DSA).

The building and the equipment, however, is still owned by the town which rented it to DSA for 15 years, the TASR newswire reported.

After the change of the administrator, the studies at the school will still be free.

DSA will keep the current number of English lectures, but plans to increase the number of German language classes, said its head Marek Nikel.

The school will cooperate with partner schools of DSA in Germany. It will gradually implement the most up-to-date methods of language education, and so-called e-learning, based on conversation with students of the partner German schools via video-conferences.

“We will offer a free language stay in Germany to our pupils,” Nikel said, as quoted by TASR, adding that the best pupils will be able to continue their studies at German secondary schools.

DSA also plans to support the teaching of technically-oriented subjects and start preparing pupils for their future studies and occupation in the sixth grade. To this aim, it will cooperate with the unique Centre of Focusing on Education whose construction is expected to start in Prešov in autumn.

DSA, a subsidiary of the German education group EBG, is the biggest administrator of private kindergartens, primary and secondary schools in Slovakia. It currently runs nine facilities across the country.

Apart from Lučenec, it has schools in Sabinov and Nitra as of this September. The latter should prepare its students for work in production companies in the region, including new carmaker Jaguar Land Rover, TASR reported.