Astronaut from NASA: We know things will not work

Astronaut Dorothy Metcalf-Lindenburger tells of training with NASA and how astronauts prepare for failures. 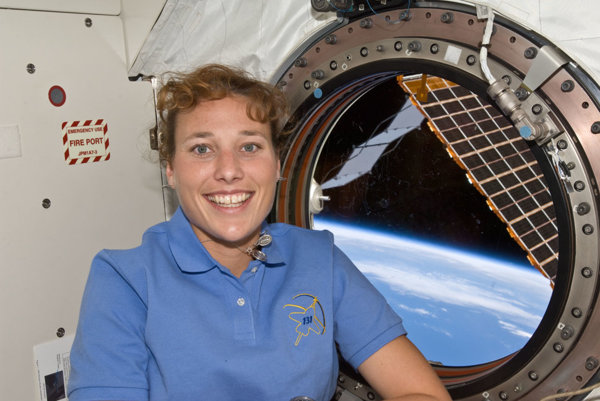 Astronaut Dorothy Metcalf-Lindenburger held a lecture at the European Researchers’ Night on September 29 in Bratislava and has also spoken at four other places in Slovakia.

Sme: What do you fear most before a space trip? And do you prepare at all for the possible failure of the devices?
DM-L: It is not that much about things not working so much as how people will deal with things that won’t work because we know that is going to happen. That’s a given. Our goal, though, is to make sure that the things which are really critical work, and at least have a back-up. We can trouble-shoot the minor things with people, and so it’s the astronauts’ response that is crucial. We hire people who are able to deal with the stresses and the inconveniences, and be patient and at the same time are using their brains and all their resources to think through problems.

Sme: Can such a trait be trained?
D M-L: We did a good job, and we’ve trained people pretty well, too, to work through problems or in our simulators, to deal with failures and with critical systems, to look at how to cross-trap the system so that we can get home safely. Our simulators did a really good job in preparing us for space because all the problems are really simple. Problems happen but we can work around them.

Sme: What is astronaut training like?
D M-L: The actual training follows historical prescription: we start with survival training. The military used to do survival training, and we follow that. We go outdoors and learn to think; if I crashed in an airplane, how could I use just my parachute and my food kit to get myself and my team to safety? Then we do water survival: how to get safe and dry if I land in the ocean, and the next step, which is attracting attention. Afterwards, we start flight training, as flying in an airplane is the best analogue to space flight.

Sme: How do you learn to control them on Earth?
D M-L: You start learning how they work, just the basics, then you start learning what to do if something malfunctions. Then you go through the simulator where all sorts of things malfunction, and they prioritise the failures. If an engine goes down, this is a high priority, of course, as it takes you into space. Then you start working on how to land safely. You go from going to space to going to landing the shuttle-as safely as possible and “where is the place I can manage my energy?”. For an astronaut, it can be sort of mind-boggling at first, as you are trying to keep all these systems straight, and the acronyms straight, and new ways of communication but by the time you fly, you’ve done it multiple times, and it has almost become a game.

Sme: So, you are taught how to change a problem into a series of minor steps?
D M-L: Yes, this would also be true for a crisis on Earth, if you broke down a medical emergency into the steps you need to take, or if you are stuck in the wilderness and troubleshooting an emergency, if you break something down into manageable steps it is much more probable you can cope with it than be overwhelmed by the catastrophe.

Sme: What was your biggest concern before your mission?
D M-L: I feared making a mistake, a critical mistake. We know we will probably make a mistake but nobody wants to make a critical mistake that could cause an injury or serious damage to the vehicle. We use the check-lists and behaviour modifications to spot mistakes before they can become big ones. If you’re executing an engine burn that is going to take you into approach with the space station, you enter the numbers needed for the burn, and the cornets, but before you hit the sand, you’ll show it to another crew member, or you ask the ground to back you up. That’s how you minimise the mistake. We use similar steps when we use devices near people and if we lose voice contact, we stop any motion and make sure people are safe first. It’s good we have these procedures and also the check-lists.

This was my biggest concern, because as a new astronaut – nobody wants their name to be associated with a big problem.

Sme: Many astronauts say the first view of the planet changes them. Have you experienced anything similar?
D M-L: I just felt awe. I am an Earth scientist and I appreciate the beauty of Earth. I have done a lot of research outside and under water but it is so amazing to see the Earth in the starkness, the blackness of space. It’s just incredible and the Earth keeps changing all the time – cloud formations moving, multiple sunsets and sunrises throughout the day, or the land beneath you, or different parts of the Milky Way. It’s just incredible.

As a former teacher, I’ve always tried to communicate to people why I thought Earth was important but I feel this gave me an opportunity to really say – I’ve seen the atmosphere, and how thin it is. I’ve also seen places that are water-critical. It’s important to emphasise this to people but it is also a good reminder to myself about things we cannot take for granted.

Sme: Has this feeling stayed with you after your return from the mission?
D M-L: Yes. I love giving presentations because when I see the photos, it takes me back to the places I was in and it stays.

Also, when I tell the stories, I remember moments that were really important to me, like the volcano I know of in the Pacific North-West, and Washington. Yes, it sticks with you - I’ll never forget it.

Sme: Can you perceive the distances and speeds inconceivable in normal human life while in orbit? Do you realise the vastness – rationally, or maybe intuitively?
D M-L: Well, you start to figure it out but I think in the first three days, you’re pretty blown away. We launched in Florida, and eight minutes later, I’m over Europe. So – no, I mean, I realise it happened to me but I can’ t make sense of that.

It was pretty surreal. We were used to travelling at airplane speed, and when my friend and I were looking out of the window, we didn’t recognise the landform. You are used to speed in the hundred-mile range and now you are at thousands of miles. Over Oregon and Washington, we were looking for the Great Salt Lake in Utah but before you could think, you were there. Sure, you realise we are moving so fast that we cover distances you were never used to travelling before and then, you start to think in this new mindset when you’re looking way ahead, but it takes a couple of days.

Sme. What else was a surprise for you?
D M-L: The other thing I was not prepared for was when we were approaching the ISS. In the simulators, everything was pixelised and it was like a picture on the screen but when you actually see it and your vehicle is closing in on it, it’s a little scary: the space station is something huge; not just pixels on a screen and your friends are there. So, I stopped looking at it and was doing my job. I only could only take a look at it after we docked. The gravity of the job you were supposed to do and could potentially mess up was scary – knowing that these two huge masses could do a lot of damage to each other.

“We try… to spot the mistakes before they can become big ones.”

Sme: What is the routine and everyday life like on the ISS?
D M-L: You get up every morning, after setting a little alarm (there is no frame for day or night). So, you have the alarm, you get up, everyone tries to get to the bathroom and get breakfast. There are a couple of chores you can do while you are waiting for your turn: I went to clean the fans because the fans take in air and get filled with dust and we don’t want the computers to overheat. I also got the window shades down. Then we start up the computers as we try to conserve the battery use, etc.

You eat your breakfast and start your job of the day. I had to do many things; sometimes I was flying a robotic arm, sometimes I was helping with the space-walkers, talking with them as they were walling, or I was a mover: we had six tonnes of equipment to take to the ISS. Usually, you just eat your lunch on the go. In the evening, however, we tried to have dinner as a crew. All day long, everyone was just going and going, and this was a nice way to get everyone together.

Sme: You are not allowed to cook on ISS; how was the food?
D M-L: Not too bad. It’s like camping food, you have to re-hydrate it. It’s scanned or preserved. The flavours are not strong. It’s kind of bland but people add hot sauces, salsas or wasabi to bring variety to the taste. I used Texas hot sauce.

Sme: How difficult was the packing, does it have to be inspected?
D M-L: Yes; the people who pack it would pack just about anything but they think a lot about containers, so it has to be plastics, not glass. Expiration dates are checked, too. You can bring almost anything with you but you wouldn’t think of bringing crackers or anything that makes a lot of crumbs.

Sme: Does the ISS – or space – have its own smell?
D M-L: Different modules smell in different ways. Several modules have been there for more than 15 years – they can have a musty smell, or a lab-like smell but the Columbus module and the Japanese one were brand new when I was up there and they smelled of new electronics, like a new car. It was nice. Overall, you sense the smell only when you first come in, and then you forget about it. People say the opposite – that after some time, we get a smell too. It’s probably the smell of too many people living together.

Sme: Were you surprised by some of your body’s reactions and adaptions to microgravity?
D M-L: I love a work-out, so I was riding the stationary bicycle, and sweat doesn’t drip anywhere, it only builds and builds into droplets, but it’s not very productive, as the whole point of sweat is to have it evaporate. I had to have a wash-cloth and wipe myself constantly while riding and it gives you a feeling of overheating. A lot of people use clip-on fans. I tried to hold a vent outlet near me and that helped cool me down.

Sme: Are live-hacks common on ISS – the things engineers do not realise?
D M-L: We devise solutions for some things we need to temporarily fix and some things become permanently fixed that way. It’s not that bad.