Bears did not manage to break into the special container. 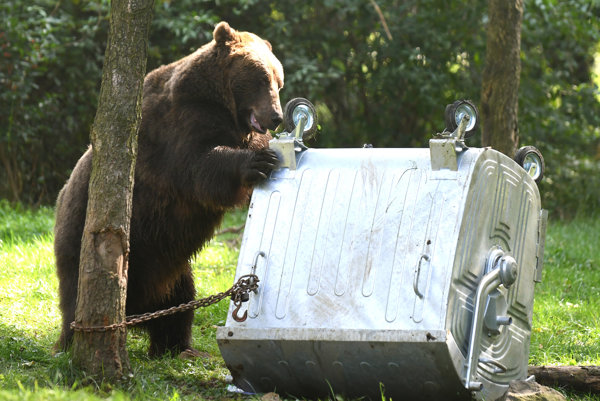 The company for research, education and coexistence with nature, the Slovak Wildlife Society (SWS), went to the zoo to test the resistance of a 1,100-litre container that is specially modified against bears.

The allurement for bears in the test was sweet braided bread, watermelon, peanut butter, honey, fish and raspberry aroma. Each bear had a one-hour time limit to try to break into the waste container and the container held up, according to Eva Malešová from Zoo Košice.

This is already the third test the company has organized, together with the producer of the containers. The producer used sheet metal three times thicker than normal for its construction. The classic zinc container is accompanied by a special lock.

“It’s a simple mechanism, we came up with the idea with help from our colleagues in Canada and the USA,” explained project coordinator Michal Harig, as quoted by the TASR newswire.

The project was tested in the Tatra National Park on wild bears with a photo trap near accomodation in the High Tatras. The second test was against mechanical damage. All three tests were successful, said Robin Rigg, the head of SWS.

A warden of TANAP, Miro Brezovský, also confirmed the success of the two-year testing.

“The bear attempts were unsuccessful and the installation of these containers would be suitable for problem areas,” he said for TASR. 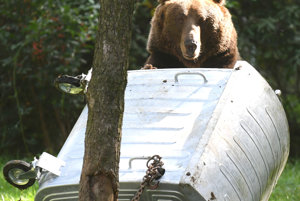 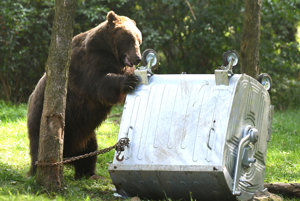 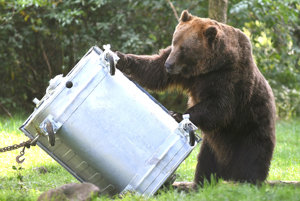 Testing the resistance of container (4 photos)