The intimate absurd étude of the studio based in the Theatre Institute was part of the pilot year of the Rehearsal for Truth festival in New York City. 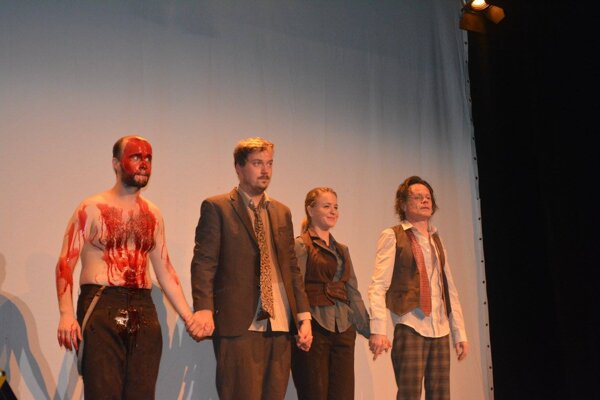 The Rehearsal for Truth festival, organised by the Vaclav Havel Library Foundation in the Bohemian National Hall in New York, presented central-European theatre productions focusing on politically engaged and social issues, as well as on civic society.

The festival took place between September 27 and October 1, and it presented stagings from Poland, Hungary, the Czech Republic and Slovakia. 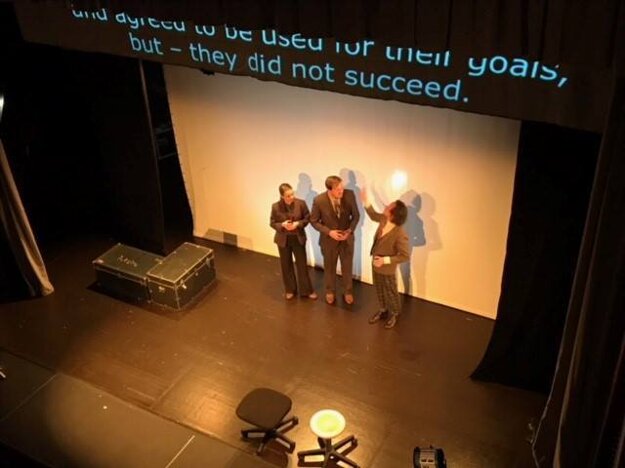 One of the pieces performed was the Experts Visiting / Nášteva Expertov, a play by legendary Czech dramatist and writer Egon Bondy. It is a production by Studio 12 of the Slovak Theatre Institute in Bratislava, where it is also played – and in September, it was performed with English subtitles.

The work of the Czech dissident writer has been directed by Ingrid Timková, played by Robert Roth, Daniel Fischer, Lukáš Pelč and Marta Maťová, with stage design and costumes by Ema Teren, and light design by Jozef Miklós. Visiting Experts was played on September 30 and after the performance, dozens of the audience discussed pressing matters like autocratic rule, tyrants, undemocratic practices and pretending with the theatre-makers. The general consul of Slovakia in New York, Ladislava Begec, also, took part.