Blog: We are building an alliance of honest and fair digital companies

"We need to abandon large scale IT projects which are too big to fail and too big to succeed. Those days in IT are gone." Ján Hargaš of Slovensko.Digital explains why a reform of the state IT sector is more than needed. 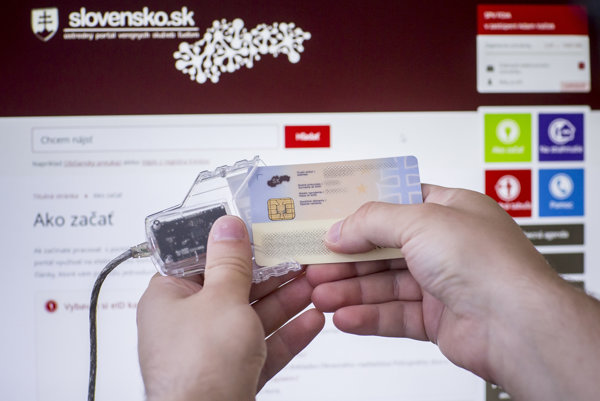 The Slovak IT community has recently become more vocal and integrated in calling for better government IT services. Besides openly pointing out and criticizing several overpriced IT projects, the IT community started coming up with specific proposals on how to deliver better services and how to improve the eGovernment strategy. Slovensko.Digital is the platform which managed to unite IT experts, establish communication with the government and gain the support of the public. We talked to its Chief Executive Officer Ján Hargaš.

What is the main mission of Slovensko.Digital?
In short, our mission is to improve the quality of government digital services for citizens and businesses so that they meet and exceed the quality criteria from private sector. We all know how convenient it is to use internet banking, order goods online or receive personalized customer service in a commercial online world. It is time for the government to catch up and offer the same level of services to citizens. We in Slovensko.Digital are here to contribute to that change.

Secondly, Slovensko.Digital was established as a community organization. In that regard – our mission is to represent the views of the Slovak IT community and specifically the views of our members and work with both the public administration as well as IT companies to achieve the reform that Slovak government IT needs.

How has the relationship with the state administration developed over the past year and a half?
We clearly started more on the “watchdog” side – publically criticizing problematic IT projects and the state of affairs in the Government IT in general. But we also understood that we needed to come up with solutions to these problems, not just criticism. That’s why we developed and presented 20 measures aiming to reform the Slovak eGovernment program.

I think the administration then realized that government IT has serious problems and in order to solve these, they need to look beyond their usual landscape. I’m glad that this manifested in the fact that the new eGovernment strategy was co-developed also in cooperation with Slovensko.Digital. Unfortunately, after a very promising start, we have seen many deadlines were missed. The Deputy Prime Minister’s Office for Investments and Informatization needs to improve their delivery track record. Today, we are at the turning point. We can either continue “tweaking the system here and there“, or go for a real “deep reform“ of the Government IT. I believe the Deputy Prime Minister´s Office needs to show which scenario are they up for.

Is it difficult to perform the function of a useful partner and at the same time of a watchdog? Where do you see your role in the future?
Yes, it is a difficult role, because one has to over-communicate with all stakeholders. On the other hand, I deeply believe that change only happens when there is a demand for it (hence the watchdog / critic role) and at the same time, there are solutions to problems (hence the constructive part of our activities). Creating demand without solutions often ends up as noise but without a sustainable effect. Going forward, we might need to tweak our focus on these elements, but I still believe that both demand and solutions will be present.

Moreover, I’m glad that Slovensko.Digital is unique through its third stream of activities – real life examples and services that make the lives of citizens and businesses easier. This was the case with the application Volby.Digital or the recently launched GovBox service, through which businesses can access their electronic mailbox on Slovensko.sk even without the electronic ID card and conveniently receive their electronic communication from the government via email. It is proof that we don’t just talk about better government services. We show that this is really possible.

If you were to name the main problems with state IT projects in Slovakia, what would top the list?
I see three key problems. Number one – limited added value of digital services for citizens and a lack of citizen insight in the design of these services. Many services just copy the cumbersome legislation and don’t really make your life much easier. That needs to change. Number two – a lack of transparency in the whole eGovernment sector and the related corruption. We can have good ideas based on high technical expertise. But if the IT sector lacks basic motivation in the form of healthy competition, the delivery quality will always suffer. Number three – lacking quality of human capital predominantly on the government side. The government needs to do much more in attracting and retaining talent to its ICT departments. I like to give the “Value for Money” initiative as an example of systematic work not just on the policy side but also in the development of strong analytical units across the government. We need to do the same in IT.

Your initiative managed to attract more attention to the topic of overpriced and problematic state IT projects both from the media and the public. Have you observed any optimistic signs that the situation in Slovakia might be changing for the better?
I think that certain behaviors that were common in the past, are not so common now. There is much more public oversight, a higher demand for quality and, one could argue, even more transparency as well. And this creates healthy pressure on all stakeholders – be it the public administration or the IT companies. One area which still lags behind are the relationships in the IT sector, i.e. amongst the IT companies. There are still suspicions of cartels and unhealthy relationships in the background. This resulted in the recent changes in the IT Association of Slovakia but I’m not sure it is for the better. The IT sector needs case studies similar to SKANSKA in the construction sector. We in Slovensko.Digital are actively working with IT companies to achieve that. We want to show that there is a better way of doing business and promote companies that care enough to express that openly. Building an alliance of honest and fair digital companies is one of our main goals for the upcoming months.

In an ideal scenario, how should state provided e-services be implemented? How to incorporate feedback from the general public as well as independent experts in order to increase transparency and trust?
Based on what we have seen in countries that managed the digital reform well, it comes down to bringing agility to the government. We need to abandon large scale IT projects which are too big to fail and too big to succeed. Those days in IT are gone. Instead, the government should encourage smaller, agile projects with shorter feedback cycles, so that the service really meets the needs of its future users.

Secondly, I think there needs to be a stronger focus on bringing and retaining high quality professionals to the civil service. We already see enthusiasts in certain departments. But in order to achieve deep change, the government IT HR agenda needs to be more strategic and with adequate political backing. I understand it is difficult and it might not be very popular to explain to the public why we need expensive IT professionals in the civil service. But looking at countries such as UK or USA – this made the real difference between just “tweaking the system” and a proper “reform”. I believe that the courage to strategically reform the human capital in government IT could be the true test of Mr. Pellegrini’s willingness to reform the sector.

Are lessons from countries which have been very successful in implementing the e-government agenda also applicable in Slovakia or are they too country-specific?
I think there is a great deal of knowledge that we could and should acquire from countries like Estonia, UK or USA. UK is the closest to me, since I’ve worked and lived there for two years, and many of our solutions that we are proposing in Slovakia are inspired by their journey. Of course, there would be local specifics, but general trends such as the increased use of open source software, smaller projects, more agile development, etc. are transferrable. Also, we can find inspiration in the strategic approach that these countries took. In this regard, is very positive that the Office of the Deputy Prime Minister for Investment and Informatization was established. Such high political backing was one of the key success factors also abroad and we are happy that our suggestions to create such office after the parliamentary elections were implemented.

What are the main factors behind the most often cited success story – Estonia?
Based on my understanding, one of the main factors was the strong backing from the political leaders in Estonia. This enabled and empowered the key people in the administration to be brave and come up with ideas that were innovative. Also, the legislation was adjusted to the possibilities opened by IT, not the other way around.

Secondly, several initiatives in Estonia were driven in close cooperation with the private sector, e.g. banks. This enabled the government to innovate faster and supported better penetration of eGovernment solutions in the population as well. This only shows how important IT companies are for the success of any government digital initiative. And that’s the reason why we are now actively building a strong alliance of honest and fair IT companies in Slovensko.Digital, to show that there is a critical mass of companies that want Slovakia to succeed. And they want to do it in a fair way.

Does Slovakia have the potential to embark on a similar path? If so, what should be the top priorities for the near future?
I like to remind everyone in the government IT sector that there has never been a higher demand for a reform in this area. The public wants it, the IT community wants it, and even the IT companies want to reform unhealthy relationships in the sector. So the question is how do we use that potential. I’m optimistic and I hope that there is a critical mass of people who want the change to happen. In order to achieve that, I think we need to be very honest with ourselves. We have a good strategy in place – we just need to execute on it. In terms of priorities, I think we firstly need to come back on track with the delivery plan set out in the strategy; secondly to set out a clear plan for the development of human capital in the government ICT; and thirdly, to come up with a few inspirational case studies of digital services that will show the way forward to the rest of the administration and maintain the public’s support for the reform. There are projects which could become such “case studies”, for example the new business register system currently being developed at the Ministry of Justice.