The question of sustainability can no longer be ignored. Creative minds are discovering disruptive innovations that tackle these challenges and transform entire business segments. 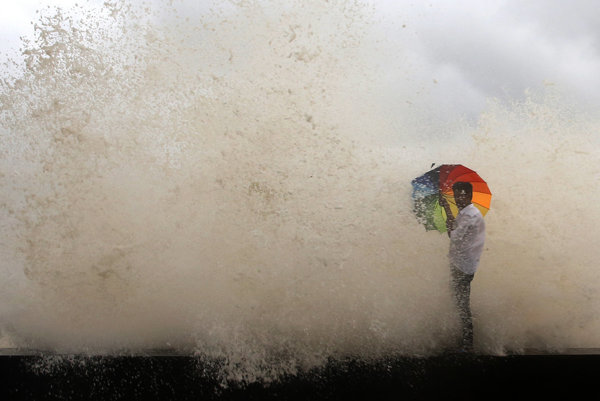 Innovations that disrupt established businesses have been with us for centuries, but many future examples will be driven by the sustainability challenges the world faces.

Disruptive innovations have transformed society through the ages, from the horse-drawn plow to the first steam engine to the personal computer and the smartphone. They improve our lives in all sorts of ways, but the impacts can be profound, often in ways that are quite unexpected. The whaling industry was killed off at the start of the 20th century, for example, not by protestors concerned about whale welfare, but by the rise of the oil industry and the motor car. More recently, the internet has transformed activities as diverse as shopping, airport check-in, dating, watching TV and banking.

Renewable energy (along with energy efficiency and energy storage) has started to usurp the fossil fuel industry. This is just one example of how sustainability is now the driving force for the emergence of many disruptive technologies. Other technologies that will have similar effects include 3D printing, electric vehicles and fuel cells.

Sustainability is one of the main drivers for disruption today because the world needs to deal with environmental and social issues such as resource scarcity, air and water pollution, climate change, a growing and aging population and the demands of an increasingly affluent middle class.

The direction of travel is clear and the need to tackle these issues is reflected in an increase in regulation, from the forthcoming UN Paris climate conference to water restrictions in California to tackle the current water shortages. A recent report from New Climate Economy claims that cities could save $17 trillion by cutting greenhouse gas emissions, highlighting the fact that becoming more sustainable is about opportunities as well as risks.

At the same time, consumers want sustainability in both products and company strategies; as a result, business leaders are starting to pay more attention. The UN Global Compact – Accenture CEO Study says that 97% of CEOs believe sustainability will be important to the future success of their business, while PwC found that three quarters of CEOs say their companies are developing new products and services to respond to climate change – and a third say it’s helping them grow their business. It is not just technologies that can be disruptive – business models and processes can also change the competitive landscape.

A growing number of companies have adopted zero-waste targets, for example, with P&G saying it has saved more than $1bn by cutting waste. Such an approach requires a complete rethink of how to treat waste materials. General Motors, which has a target of having 125 zero-waste facilities by 2020, says that its “underlying philosophy is thinking of waste as a resource out of place.” GM has used surplus sound-proofing material to make self-heated, waterproof coats that transform into sleeping bags for the homeless, while P&G uses toothpaste waste to make a jewelry cleaning product.

There is also opportunity for innovation in processes – in shipping, many vessels now use slow steaming to reduce fuel consumption, and, in aviation, aircrafts are being towed into position rather than using their own engines for the same reason; in industry the use of variable speed drives can save huge amounts of energy.

From linear to circular

Other relevant trends include a move away from selling products to leasing them and the growth of the circular economy, which seeks to replace the traditional linear “take, make, waste” model of production. New practices include a shift from buying and owning products to leasing or renting them; remanufacturing, where products are taken back at the end of the product’s life and reconditioned for resale; and closed-loop material use, a process whose most famous exponent is Interface, the carpet tile maker, which started taking back its tiles in 2007 and recycling the various components so they could be reused.

All of these practices are likely to become more common features of doing business in years to come, as is the sharing economy, where consumers increasingly bypass the corporate world entirely to find products and solutions that meet their needs from each other.

Companies wishing to harness the disruptive power of sustainability are already selling products that help consumers to become more sustainable – examples include brands such as Gap and Marks & Spencer selling clothes that can be washed at 30°C (reducing energy bills), consumer goods groups such as Unilever and Nestle selling concentrated detergents and juices that cut water use, plastic packaging being recycled into clothing and AkzoNobel’s antifouling paint for ships, which cuts fuel use by reducing drag.

The financial services sector is not immune to disruptive innovation, as the growth of internet banking and crowd-funding have shown. Sustainability will become increasingly important, whether through the introduction of new products such as green bonds or initiatives to disclose and reduce the carbon footprint of portfolios such as the Montreal Carbon Pledge or the Asset Owners’ Disclosure Project. It will not just be new products that may disrupt existing ones, but new ways of doing business, too. Collaboration and partnership will be a key feature – both for companies and their lenders.

Anthony Hobley, CEO of the Carbon Tracker Initiative, points out the lengths to which incumbents – the railways and horses and carriage businesses – went to stop the advance of the automobile. “In the UK between 1865 and 1896 if you owned an automobile you had to employ a man to walk in front of your car with a red flag to alert pedestrians to the danger,” he says.

“Almost none of these incumbents seem to have tried to transform their business models to manufacture automobiles or consider how to provide supportive infrastructure and capitalize on the technological transition. They chose instead to spend millions fighting the energy and mobility revolution going on around them. They lobbied to delay the inevitable and continue as if the world was not changing. As a result many of these companies have ceased to exist,” Anthony Hobley adds.

It is a good illustration of why sustainability is such an important source of disruptive innovation. The imperatives that it addresses are not going to go away. When the direction of travel is so clear, the sensible thing to do is to build bridges, not put up barriers to progress.