The Čierny Váh power plant was drained and filled with water

A time-lapse video shows this process. 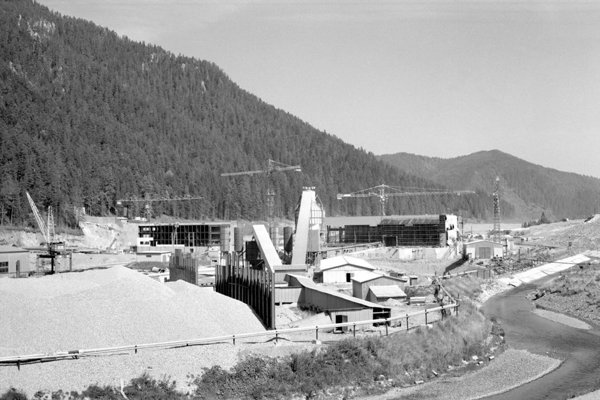 The pumped storage hydro-power plants are the most widespread, cheapest and most reliable reservoirs of energy.

The Danube River would need 30 minutes to fill the biggest pumped storage hydro plant in Slovakia. It could feed Niagara Falls for more than half an hour, the Sme daily wrote in its article about technology. Moreover, it can store almost 4,000 Megawatt-hours of energy, which is equal to 160,000 batteries in electric cars or the energy consumed by 1,300 households in a year.

This summer, the Slovenské Elektrárne energy utility drained the upper reservoir of the Čierny Váh hydro-power plant due to a shutdown. The plant was launched into operation in 1982. The upper reservoir lies on a karst platform called Vyšné Sokoly, 1,160 metres above sea level. It has no tributary, the water pumped into it at night by pumps from the lower reservoir.

The lower basin lies 733 metres above sea level, and is connected with the upper one through three big underground pipes with seven turbines.

During daily peak hours, the power plant supplies the necessary amount of energy to the electricity network. When there is excessive power volume – especially at night – water is pumped into the upper reservoir so that it can later launch the turbines and supply energy, Sme wrote.

There is no access to the vicinity of the upper reservoir.