Špitálska may be completed by November 15

The reconstruction of the tram track in downtown Bratislava may finish as soon as mid-November; ultimately, the Bratislava Region’s office agreed with local inhabitants. 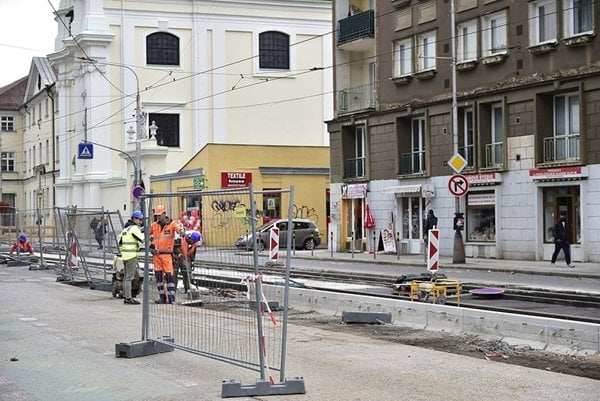 The dispute between the Transport Ministry – which upheld the complaint of local inhabitants that the new tram stop planned on Mariánska Street will not enable them to leave their block of flats – and the leadership of Bratislava Region has finally been solved, the regional office informed. The office agreed with Bratislavans that the reconstruction can be completed, without the stop in question. 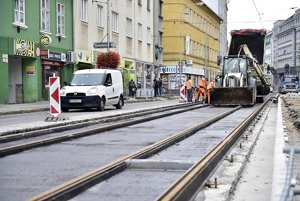 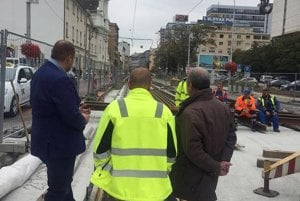 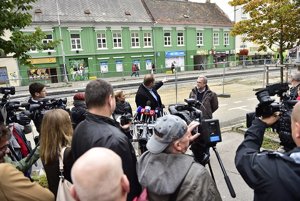 Reconstruction of Špitálska goes on (3 photos)

This means that works can end by November 15, and full operation can be re-launched, both of mass city transport and of individual car transport.

“We have achieved a very decent agreement,” the Bratislava Region’s Governor Pavol Frešo said, adding that the region is in charge of the tracks, and so it mediated the agreement. They agreed with the Bratislava City Transport company that there will not be a Vienna-style tram stop in the place originally planned. Also, the Bratislava Region wants to take over the authority to decide on the stops from the city office – as they have anyway, except for the one in Radlinského Street and this one.

Such construction works cannot be left for winter, for logistical reasons: they could cause damage to the road, the tram track, the traffic as well as to nearby buildings.

The precise location of the disputed tram stop will be decided upon later, head of the transport department of the Bratislava Region, Ladislav Csáder, added.

After a suspension of the reconstruction works in September, which has continued since September 26, the Bratislava Region announced the launch of a new re-construction proceeding on October 6, which does not include the tram stop in Mariánska Street in the direction of city centre.

The re-launch of works and the prospect of their completion by mid-November may avert a collapse of road traffic and material damage, the Sme daily wrote on its website on October 10.

From October 16 on, individual car traffic will be completely halted in Špitálska Street, between Ulica 29 Augusta Street to the Mickiewiczova-Americké Square crossing.