The countless habits of the successful

Who should work on defining success when it comes to a whole country? Slovakia’s misfortune is that it has never fully developed an intellectual elite. 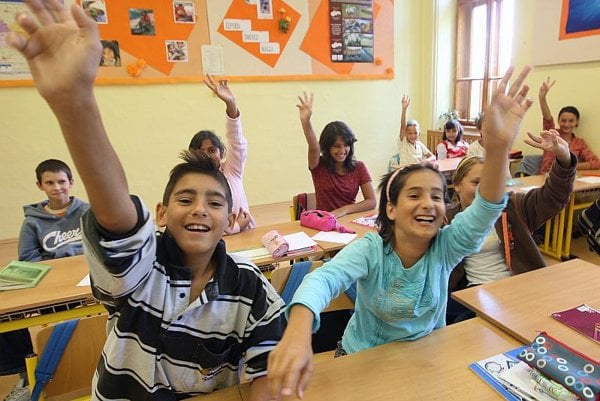 Success for a Roma in eastern Slovakia could mean graduating from high school at least and getting the job of their dream without being discriminated against. (Source: Sme - P. Funtál)
Font size:A-|A+

I have always been amused by click bait promising to reveal “five habits of successful people”, partially because I’m sceptical that what they describe as a successful person could match my definition of one, and secondly because I’m able to smell “a commercial” from far away. But success in regards to Slovakia has been on my mind a lot lately. How would you define it?

Success for a Roma in eastern Slovakia could mean graduating from high school at least and getting the job of their dream without being discriminated against; success for a disabled person could mean being as autonomous as possible and not treated with the fake compassion of a TV reality show; success for a doctor could be performing a complicated medical procedure or treating a patient with a complex case despite the old equipment she or he has to work with as well as an incomplete but determined team still standing after long hours; success for a teacher could be she or he inspiring students despite mediocre pay and never-ending experiments with education system reforms.

I’m not a big fan of macroeconomic indicators as a tool to measure success because they fall short of expressing the real lives behind the numbers. There is still a chronic shortage of nurses no matter how much Slovakia’s GDP aims at the sky and in Rožňava the liveliest place remains the front of the labour office; and yes, it still takes about six hours to get from Bratislava to Košice, where people on average earn about 20 percent less than their colleagues in the capital for the same job and even the same company.

Who should work on defining success when it comes to a whole country? Slovakia’s misfortune is that it has never fully developed an intellectual elite.

Under the Hungarians and Austro-Hungarians local elites were foreign in fact. The only Slovaks who aimed at or pretended to be elites were priests, Catholic or Evangelic, in a predominantly rural country. I don’t know how many countries in the world have such a long list of priests mentioned in history textbooks like Slovakia.