The folklore ensemble is currently touring North and Latin America. 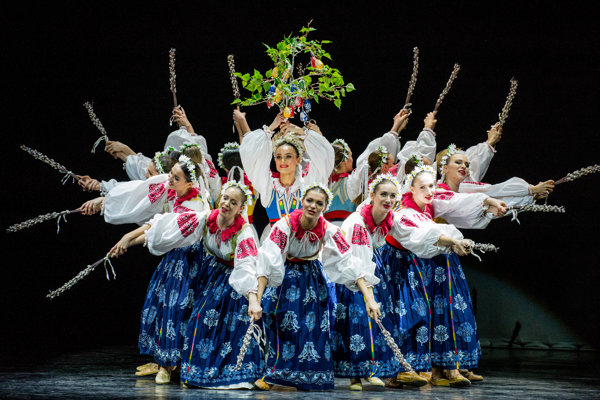 As part of its tour in North America, the Slovak folklore ensemble Lúčnica will perform at the United Nations Day celebrations in New York City.

The ensemble departed from Slovakia on October 10. It will be a guest at the most important festival in Latin America, Festival Internacional Cervantino, which has been held in the city of Guanajuato, Mexico since 1972.

The tour across several Mexican cities will culminate with two performances in Mexico City in Palacio de Bellas Artes, where Lúčnica is returning after 44 years, the SITA newswire reported.

Another highlight of the tour will be the performance at UN Day celebrations in New York City on October 24. It will take place in the main hall of the UN General Assembly on the occasion of the 72nd anniversary of the organisation’s establishment.

This year’s celebrations are special for Slovakia since the country’s Foreign Afffairs Minister Miroslav Lajčák is presiding over the assembly, Štefánia Bartošová of Lúčnica said, as reported by SITA.

After returning from North America, the ensemble will perform on November 17 and 18 in Bratislava’s Istropolis with a selection of its most successful performances. The programme will introduce folklore traditions from various parts of Slovakia, SITA wrote.