The festival connecting four Visegrad Countries strives to be a representative anthology of Slovak, Czech, Polish and Hungarian theatre, music and visual art. One of the theatre pieces offered is a performance of traditional Czech humour in the English language. 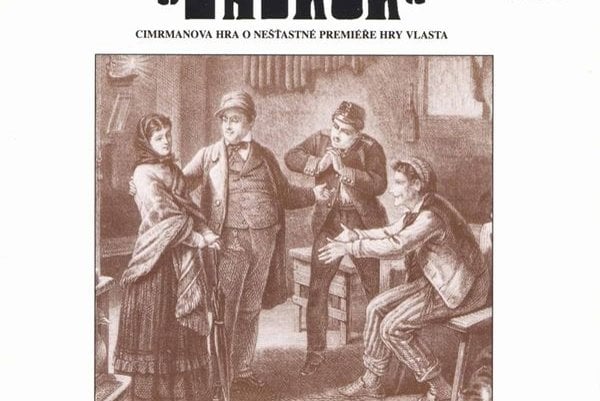 Taking place in Košice, which lies close to Hungary and not far from Poland, the Visegrad Days / Višegrádske Dni reflect not just the multi-cultural and multi-lingual character of the city but also the closeness and mutual influence of the four national cultures of the member states which form central and partially eastern Europe. Visegrad Days takes place between September 27 and December 8.

On October 15 at 19:30, the Czech Divadlo Járy Cimrmana theatre will play their original piece Záskok (The Stand-In) in the English language. The performance in the Thália theatre in Mojmírova 3 will include the cast of Ben Bradshaw, Brian Caspe, Peter Hosking, Curt Matthew, Adam Stewart, and Michael Pitthan as directed by Brian Stewart. The play was translated by Emilia Machalová and Brian Stewart.

This cult Czech comedy performed by native English actors and set in 1910, tells the story of a small Czech theatre company which, having lost some members, recruits the renowned Czech actor, Karel Infeld Prácheňský, as the Stand-in for the premiere of a new play, Vlasta. As Prácheňský is unable to remember his lines, the names of other characters or indeed which play he is performing in, trying to stage the play inevitably causes chaos.

Jára Cimrman is a fictitious historical personage invented by Jiří Šebánek and Zdeněk Svěrák whose jokes, lines and overall quotations from “his” plays have become national folklore among Czechs. Apart from theatre pieces also broadcast by radio, a successful film was also made about Cimrman.