In the Franciscan Square of Bratislava stands a tall Marian column, erected in 1675 at the order of Emperor Leopold I. Marian columns, or plague columns, were built in thanksgiving to the Virgin Mary for averting or ending some kind of disaster, often the plague. 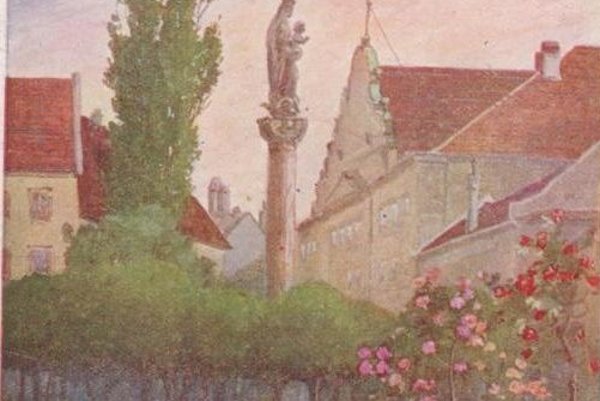 Marian Column in the Franciscan Square in Bratislava (Source: Courtesy of B. Chovan)
Font size:A-|A+

This one, however, was placed here to mark events that could have shaken the whole empire but ended well for Vienna in the end.

The relations between the Hungarian nobility and the imperial court in Vienna were rarely ideal, and in the second half of the 17th century they were far from good. Moreover, the country had already been battling against the Ottomans for almost 150 years, and occasional rebellions directed against the Habsburgs did not contribute to overall peace either.

Roots of the conspiracy

However, despite the great names, the anti-Habsburg plot was not organised well, nor was it sufficiently secret. As it turned out later, the subjects of the conspirators, despite the intense calls of their lords, were not very interested in an uprising. And as for secrecy, this was over no later than in 1667 in Istanbul where Nikosios Panajotti, the interpreter of the Transylvanian embassy, revealed everything to Vienna envoys.

Kaiser Leopold did not intervene against the Hungarian nobility, despite all this information. Rather, the nobles sentenced themselves in the end, due to a plot so naive and unhonourable.

The plotters wanted to kidnap the kaiser during a hunt near Vienna and then transport him to a remote and hard-to-seize castle, Muráň. There, they wanted to make Leopold give up the Hungarian crown. The nobles also counted on Hungary falling under the control of the Ottomans but the idea that they would be better off under them than under the Habsburgs was an illusion. Even the Ottoman ruler deemed the plan of kidnaping and blackmailing the Hungarian kaiser outrageous, and thus he announced it to Vienna. Ironically enough, he acted much more honestly and fairly than the Hungarian nobles.

After that, events took a rapid course. On January 3, 1671, an extraordinary trial with 230 suspects took place in Bratislava. Most of them were released in the end and only the wealthier had their property seized. Only two nobles, from the eastern-Slovak region of Zemplín, ended up executed, František Bónis and Ondrej Nagy.

Some time later, Nádasdy, Zrínsky and Frankopán were executed in Vienna. Ferencz I. Rákóczi was saved from execution thanks to the interception by his mother, Zsófia Báthory, and Jesuits – as well as a generous bail of 400,000 guldens.

The Marian column, as part of the Franciscan Square, was captured by painter Heinz Pinggera. He portrayed the square with a floral decoration from about 120 years ago.