A major Slovak entrepreneur, Peter Vajda, died in Prague on October 15. He was exceptional for his innate sense of democracy and believing in equal opportunities for all. 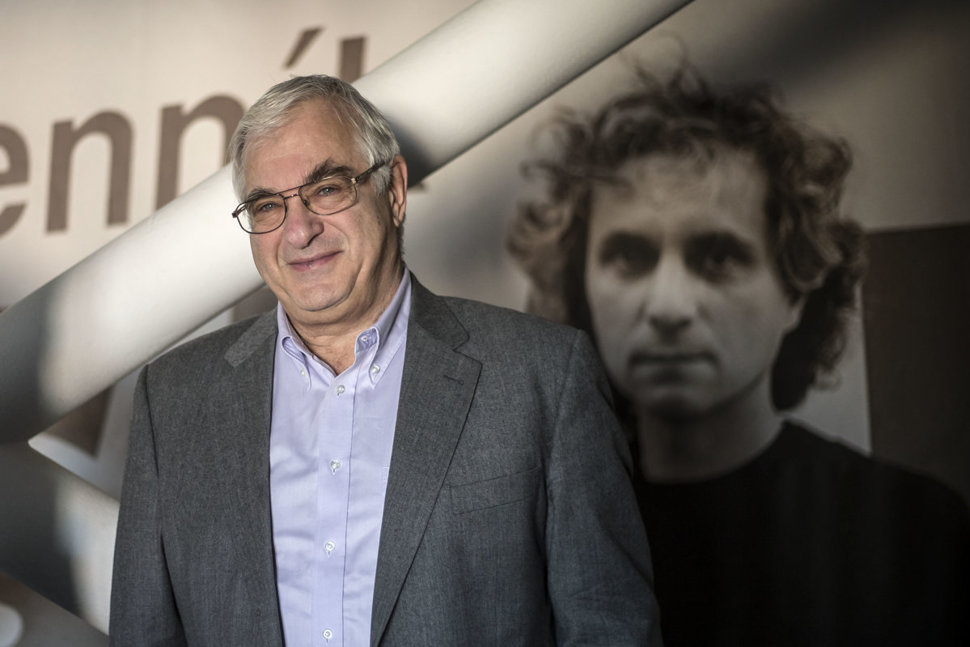 Alexej Fulmek is the general director of Petit Press, the publisher of the Sme daily and the majority owner of The Slovak Spectator

A big but inconspicuous man has left. The media have only a few pictures of him. He did not like to show off in front of cameras, even though he belonged among the most important entrepreneurs in Slovakia.

He never had the tendency to show off or to make a point of his power and wealth, even though it would not be completely accurate to call him modest. You will not find more than five interviews with him in the Slovak media.

If I should name what it was that made him exceptional, I would say it was mostly his innate sense of democracy, promoting equal opportunities for all and the sensitive way he handled his power. In many projects, he became the significant leader.

There would be no Sme without him

Without the investment from his Prvá Slovenská Investičná Spoločnosť, the Sme daily would never have emerged and our publishing house would not have grown into one of the biggest in Slovakia. Peter Vajda stood at all the important decisions in the history of the Sme daily and I stood by him in all the difficult moments. He invested into the paper to help maintain the space for a free exchange of opinions.

He would say that “scumbags” and “bandits” can not win everything and he saw the future in a strong civil society. He admired President Václav Havel. He believed that creating a standard uncorrupted environment, without preferring interest groups and with just competition, was all it would take for the smartest people to win recognition, which would move society as a whole forward.

His presence in the Sme daily cost him his Slovak citizenship. He lived with his family in the Czech Republic since 1995, when he left under the pressure of Mečiar’s Finance Ministry after he was stripped of his business licence.

Leader with a story

For almost 30 years he had been an important collector and patron of Slovak art. He invested his first profits into the works of Slovak artists who had been tabooed under socialism.

He created a collection of art that has passed through many cities of Europe and North America.

I remember him as a man in his forties, in full force, at the beginning of our cooperation. He was a man of analytical mind, with the ability to make fast and, most of all, right conclusions. He believed that if we worked hard enough, we had to be successful in the end, even if it did not look like that in our initial years.

Suddenly I remember many moments we shared, and our talks. For example I remember his almost child-like joy when he built his own wine brand, Sonberk, and founded a much-appreciated winery.

He also lived to earn the appraisal of the most prestigious London-based wine magazine Decanter, when it proclaimed the Pálava wine to be the best dry aromatic wine in the world this summer. It was as if the world’s sommeliers paid him his last respects.

The story of the life of Peter Vajda is strong, and so is the story of the Sme daily, a newspaper that nobody can ever erase from the history of this country. Stories of companies are always a projection of the stories of their leaders. On Sunday, the protagonist of one of such story left, an ardent and friendly man. Peter was a fighter, which he also proved in the hard moments during his illness, when he fought and worked until the end.

Our 25-year-long cooperation has ended and I will miss him.

Who was Peter Vajda?

Peter Vajda, aged 70, died following a serious illness in Prague on October 15. He was the director of board of Proxy Finance, an investor and co-founder of the Sme daily.

Peter Vajda was born on April 7, 1947 in Bratislava. He graduated from the Faculty of Mechanical Engineering of the Slovak University of Technology, and continued his studies at the University of Economics. He worked at the Economics of Industry Research Institute as system engineer.

In 1991 Vajda and his partners founded the Prva Slovenska Investicna Spolocnost (First Slovak Investment Group), which became the most successful company in coupon privatisation. After assaults of the Mečiar government on the company, he moved some of his activities to the Czech Republic and moved with his family to Prague, where he founded the Proxy Finance company in 1995. He was involved in finance, media, real estate, and restructuration companies.

He was a person of vision and change, ready to be the first to adapt to new ideas. Under socialism, he worked in the first computer centre in Slovakia and was one of the first people to use computers in production and in business. In 1989 he founded the first private travel agency in Slovakia that organised trips to Caorle in Italy and to Cyprus.

He also founded the first Slovak private insurance company without foreign capital, named Ergo. He supported the free and opposition newspaper, the Sme daily. His company BH Securities was one of the first Czech companies in the bone security business, and so was the leasing company B.O.F.

He was the first one to found a corporate collection of modern Slovak art. In his Sonberk winery he used modern architecture aligned with the landscape, among the first to do so. His wines got a world prize from the Decanter magazine.

Peter Vajda belonged among the most important Slovak entrepreneurs in the post-1989 era. He promoted equal opportunities for all, stood against protectionism and favouring close groups in business.

In public life, Vajda promoted a free space for expressing diverse opinions, and mutual respect for all ideological streams.

He leaves behind a wife, who is a literary scientist, and two adult children.

PSIS is the daughter company of the financial group Proxy Finance Praha. It emerged in 1990 as the first investment company on the market, two years before coupon privatisation.

The initial business project of PSIS was share funds, that allowed small investors to participate in collective investment and privatisation. PSIS cooperated with the American company Whirlpool at that time, in the Poprad-based Tatramat.

The company founded the oldest Slovak leasing company B.O.F. leasing (1991), one of the first bon security trade companies BH Securities (1993) and the Ergo insurance company (1995). In the Czech Republic, they owned the pension fund Jistota (1995).

After 2000 they launched a process to link these companies with significant foreign partners and investors. The Dutch group ABN AMRO entered the pension fund.

The Belgian KBC entered the Ergo insurer in 2002. Today it is the ČSOB insurance company. VÚB, member of the Italian Banca Intesa, got the majority stock in the leasing company B.O.F. in 2007, today known as VÚB leasing.

PSIS invested hundreds of millions of Slovak crowns into the founding and development of the Sme daily, today the Petit Press publishing house. This investment was motivated by the feeling of social responsibility and the effort to preserve freedom of speech and expression in the hard times under Vladimír Mečiar.

Currently, Proxy Finance and PSIS are in assets management, restructuring companies, and trading on financial markets.