Trade union warns about the retirement age rising above 68 years 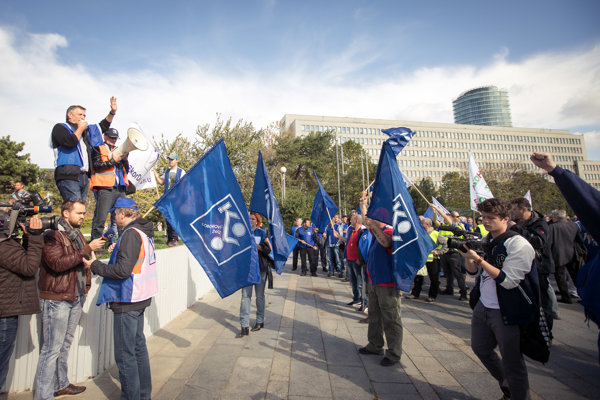 We are people, not machines, and, we want to live to see our pensions. These were some of the slogans shouted by thousands of people marching through the streets of Bratislava on October 14. They marched for earlier retirement, organised by the countrywide metallurgy and engineering trade union KOVO, pointing out that the current scheme does not cap the retirement age. Thus, those who today are 30 years of age may retire only after reaching 68 or even later. They see this as too late and call for capping the retirement age at 64.

Prime Minister Robert Fico admitted that the retirement age will get a cap.

“Capping the retirement age is a large and legitimate topic,” said Fico during a discussion programme the following day, October 15. “I’m also ready to discuss it with the opposition.” 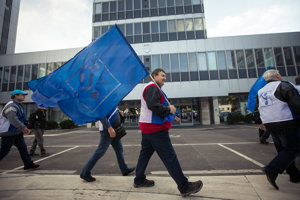 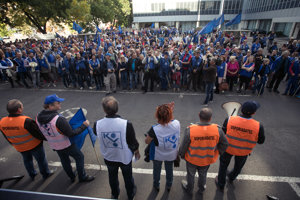 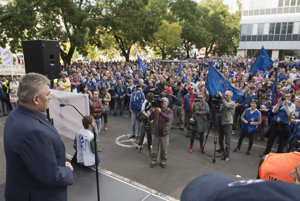 Slovakia’s old-age pension scheme changed at the beginning of this year in such a way that the retirement age will be extended annually depending on average life expectancy, with no fixed upper limit. This means that the current retirement age of 62 years will have risen by 76 days in 2017 while in 2018 it should be boosted by an additional 63 days.

KOVO proposes the cap at 64 years.

“The requirements of working people should have priority over those of capital,” said KOVO chief Emil Machyna, as cited by the TASR newswire, pointing to low pensions and low pay among hard-working people in Slovakia. “We also want to live decent lives and receive decent pensions. A decent society and developed democracy takes care of those who have done a lot for it and want to live a decent life.”

Labour Minister Ján Richter (Smer) met with participants of the march on Saturday and spoke about changes that are being prepared, including the so-called pre-pension. This has been included in the government manifesto and should be introduced by the end of the year.

The minister also declared his readiness to talk about capping the retirement age.

“I’m not saying that I fully agree with the trade union’s requirement of 64 years of age,” said Richter. “It’s an open issue, and a solution must be sought based on an analysis.”

Richter is also considering the option of reducing the retirement age for women who have raised children.