Thirteen people detained during a vast raid, accused of financial crime as an organised group

In the biggest operation of recent years carried out by several units of armed forces, hundreds of officers raided several companies in four Slovak regions on October 13, while detaining 13 people. 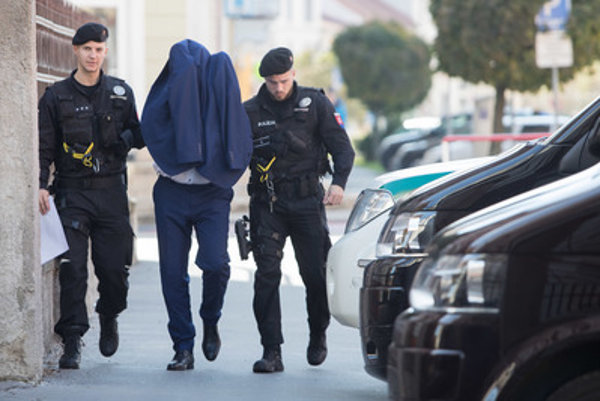 On October 15, a judge of the Specialised Criminal Court (STS) in Banská Bystrica decided that the 13 people detained during a raid carried out by the National Unit of the Financial Police, the National Criminal Agency (NAKA) and other Police Corps units two days earlier, will be remanded in custody, STS spokesperson Katarína Kudjaková told the TASR newswire.

“They have been charged with setting up and supporting a criminal group, insurance and tax evasion, as well as money laundering,” the spokesperson said, adding that the reason for their being remanded in custody is the concern that they might continue their criminal activities. However, the ruling is not effective yet, as the accused have filed a complaint against it. “The Supreme Court will decide on their complaints, Kudjaková said.

The police operation in which the 13 were detained was carried out in the Košice, Prešov, Banská Bystrica and Bratislava regions. The police reported that under the SHARK operation they searched over 40 buildings and other premises, striving to document serious economic crimes.

The operation was the biggest one in the recent years, the Plus Jeden Deň daily wrote. More than 60 people were detained, suspected of tax evasion, money laundering, organising a criminal group and other crimes. The raid involved mostly companies active in advertising, marketing as well as organising cultural and social events, PJD wrote.