Šefčovič: Slovakia’s economy has grown 60 percent since joining the EU 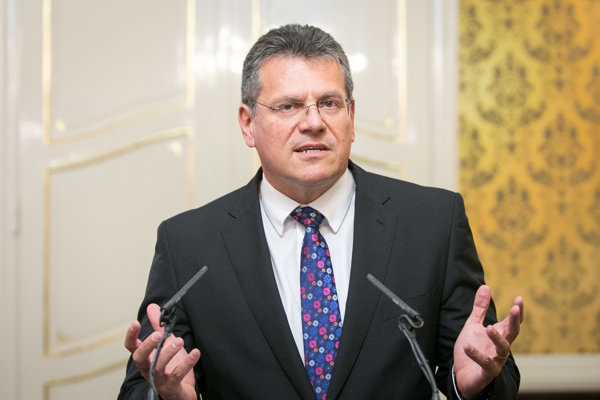 The Slovak economy has recorded a 60-percent growth since the country joined the EU in 2004, according to European Commission Vice-president for Energy Union, Maroš Šefčovič. He was one of the speakers at a conference entitled, 60 Years of European Integration: Successes and Challenges, hosted by the Economic University.

“I think this is the best evidence of the fact that EU membership has brought a lot of benefits to Slovakia,” said Šefčovič as cited by the TASR newswire. “I’m confident that if closer cooperation took place, it would yield similar results. Certainly no one would force Slovakia into measures that would undermine its competitiveness. As we have already seen in recent years, Slovakia is closing the gap between itself and the most developed countries in terms of living standards.”

“Every individual is assessing Slovakia’s development through the lens of his own personal perceptions and thus sometimes they might feel that the statistics are not really accurate.”

“If we look at this through the prism of macroeconomic indicators, however, then we see that this reality is truly happening,” said Šefčovič. “For the first time in many years, I must say that the positive development of Slovakia doesn’t hinge so much on exports but rather on the growth in domestic consumption. And that is the proof that even Slovak consumers are growing economically stronger and will pose as an important stabilisation factor in the future.”

Šefčovič commented that Slovakia is an exceptionally industrialised country exporting most of its production into EU member countries.

“Thus, better cooperation, for example, in combating tax evasion, carousel frauds or various abuse of cross-border cooperation would help,” said Šefčovič, adding that this would be of benefit to Slovakia as well as the EU.