Comenius University is among the best

The Bratislava-based university ranks among 2.4 % of worldwide best universities, according to the Centre for World University Rankings. 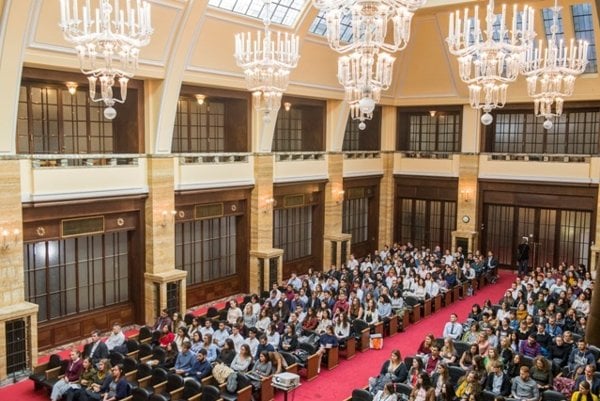 Comenius University in Bratislava (UK) appeared among 2.4 percent of the best universities in the world, according to the Centre for World University Rankings (CWUR).

In the ranking that evaluated a total of 27,700 schools across the world, the university from the capital ranked 658th. The best university in the world is Harvard University, followed by Stanford, the Massachusetts Institute of Technology, Cambridge and Oxford, according to the ranking.

UK is the only Slovak school in the ranking, its spokesperson Andrea Földváryová informed the TASR newswire. From among Czech universities, Charles University placed best, ranking 255th.

The evaluation was based on eight indicators: quality of education, quality of lecturers, employment of graduates, publications, impact, quotations, reach and patents.

CWUR chart measures the quality of education and preparation of students, as well as the quality of research, independently from polls and data delivered by universities. It is one of the international charts that evaluate universities worldwide, operating since 2012.