Soldier detained for theft in the ammunition depot

The theft in the ammunition depot was not used for arming extremists or terrorism. 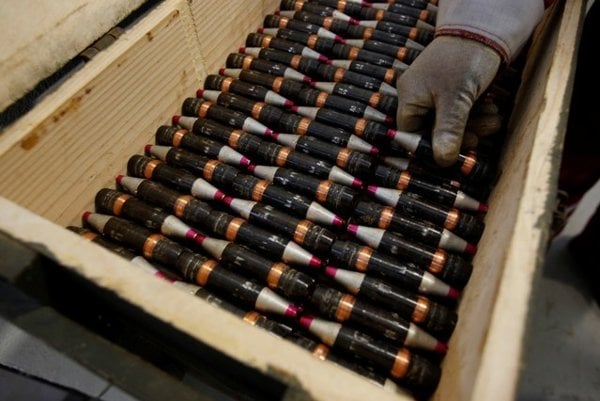 The National Criminal Agency (NAKA) charged soldier Gabriel S. and his accomplice Adam B. with stealing military material from the ammunition depot, the Denník N daily wrote on its website on October 17. NAKA did not find any connection between the theft and the armament of extremists or terrorism.

“The seller does not always know what the buyer wants to use it for,” Police President Tibor Gašpar said, as cited by the daily. “We managed to reveal him while he had the arms illegally in his home.”

The case is being investigated by a group established by the NAKA head, Peter Hraško, whose members are military intelligence employees. Thanks to this, the case could be solved, Hraško told Denník N.

Within the Aves operation, police detained two people in October: the soldier Gabriel S., aged 26, and Dávid C., aged 28. Both were charged with illegal arming and arms trafficking. They face a sentence of three to eight years in prison, the TASR newswire wrote.

Gabriel S. tried to sell a total of 3,350 pieces of various ammunition, 1,760 grams of TNT explosive, and 2.5 metres of igniter cord at a parking lot in the town of Galanta (Trnava Region). He received a total of €6,650, NAKA head told TASR. Investigators assume he stole the ammunition to which he had access due to his profession: he was a soldier in the army unit in Sereď.