The amendment should secure greater protection from speculators for farm and forest land . 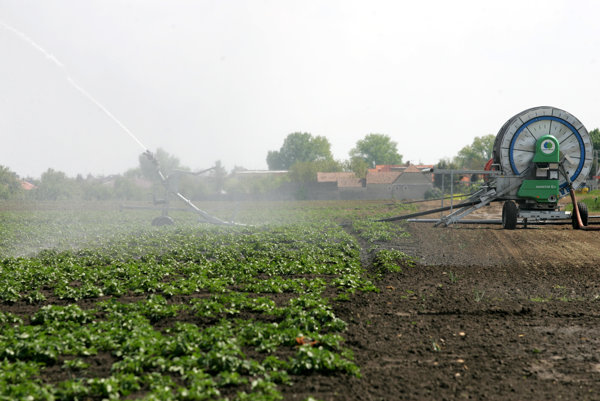 The Slovak parliament passed the amendment on the rental of farmland, agricultural companies and forest plots into law on October 18, approving the draft amendment filed by coalition MPs Gábor Gál, Peter Antal, Elemér Jakab (all the junior Most-Híd party) and Tibor Bernaťák (SNS) which should enable young entrepreneurs to get land for their businesses.

The amendment, to become effective as of May 2018, should secure better protection for farm and forest land from speculators who do not plan to use it for farming and forestry.

The scale of the entities which may be interested in renting land administered by the Slovak Land Fund (SPF) has been increased by farmers who carry out specialised plant production on at least half of their plots and entrepreneurs who produce the final product.

Also, the percentage share of the total land currently rented to tenants can be reduced so that the area of plots available can be increased. Thus, the SPF can rent plots to a farmer up to a maximum total area of 150 hectares, in addition to the land already rented now.

The MPs who drafted the amendment added, as quoted by Sme, that if there is any land available for rental in compliance with the law, the Fund will be obliged to accommodate young and small-scale farmers, those making the final product, and those in specialised plant production and rent the land to them.

The maximum period of land rental for farming purposes, in the case of a fixed-term contract, will decrease from 25 to 15 years. The goal is the protection of owners and their rights to manage their own land. Automatic prolongation of the rental relationship has been dropped from the draft.

The amendment also broadens the definition of what is a plot, which is now defined as any territory classified in the land cadastre as a built-up area, and a courtyard, if it is used for agricultural purpose.