But the Health Ministry claims the patients do not have to fear the changes. 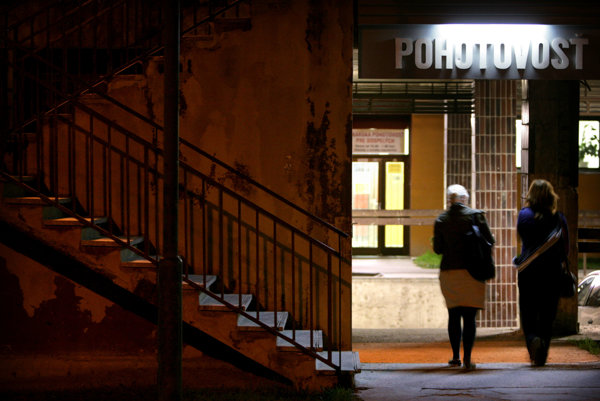 Units dealing with minor injuries will close from 22:00, after President Andrej Kiska signed the amendment to the law on health care to this effect on October 19.

Moreover, the medical first aid service will be closed next summer at the latest and replaced by the so-called solid and additional network of urgent care units.

The former type will be opened in every district capital from 16:00 to 22:00 during workdays and from 7:00 to 22:00 during weekends and holidays. The latter will be voluntary and should be opened at least two hours at the same time as the first type of the urgent care units, the TASR newswire reported.

The urgent care units will close earlier because patients do not visit them after 22:00, according to the ministry.

“Doctors are currently on duty at the urgent care units until 7:00, without having any patients, and then they start work at their own surgeries,” Health Minister Tomáš Drucker (Smer nominee) said, as quoted by TASR.

Patients need not fear the changes, he added, explaining that the urgent care units are not set to deal with serious health conditions like heart attacks and serious injuries. In these cases, they can go to emergency departments or call an ambulance, Drucker explained.

The aim is to improve the availability of medical treatment.

“We know everyone cannot be lumped together, but the practice has shown that there have been cases when general practitioners were not available for patients after 12:00, so people had to go to the urgent care units in the evening,” Drucker said, as quoted by TASR.

The doctors’ associations disagreed with longer surgery hours, though.