The property deed was in bad shape after 533 years. 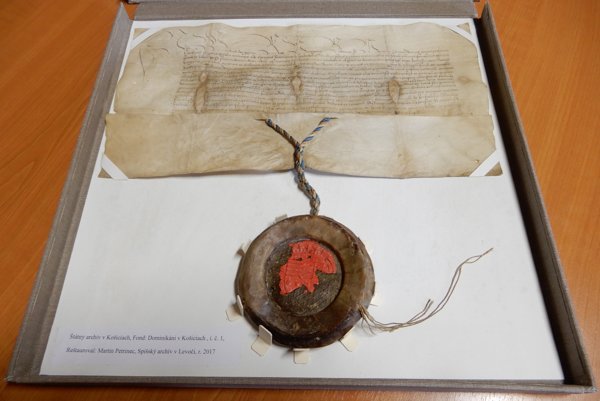 The State Archive (ŠA) in Košice reconstructed the oldest document in SA ownership. The paper, published by Matthias Corvinus confirming the right of property, is more than 500 years old.

“The document from December 13 of 1484 says that two men from Streda nad Bodrogom, František and his son Mikuláš, gave two ponds in Streda nad Bodrogom as a gift to the Dominican order in Košice,” stated Richard Pavlovič, the head of ŠA in Košice, as cited by the TASR newswire.

Besides these two ponds was a small area around them also given as a gift in exchange for the Dominicans praying for them and their ancestors, Pavlovič adds. He explains that richer social classes used to support the orders in this way.

The document was published on the feast of the St. Lucy, virgin and martyr. Specialists from the Spišský archive (SA) in Levoča worked on the first renovation of the document.

“It was in very bad condition. As is written in the expert opinion of the restoration workroom, the paper was folded up, parts were missing and there were also holes,” explains Pavlovič for TASR.

According to his words, it is the oldest document in ŠA in Košice. Other old papers include a monastic report of Abovský county that is about a hundred years younger. 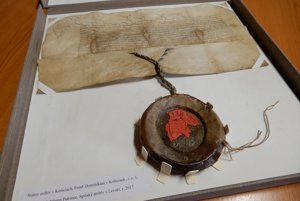 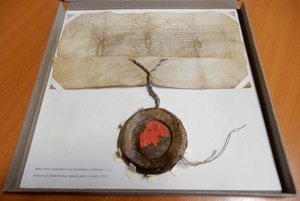 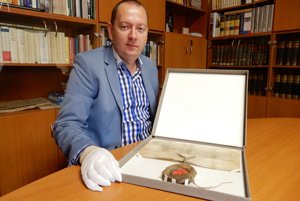 The property document is 38 centimetres long and 17 cm wide and published on thin parchment. On the bottom of the document is attached the signet of Matthias Corvinus. The paper is accessible in electronic form because, according to law, documents published before 1526 cannot be given out for studying.

“If we meet all conditions like 50 percent humidity, no daylight and about 16 degrees Celsius, the paper will last for a long time,” summed up Pavlovič for TASR.