European Commission does not consider the traditional family controversial 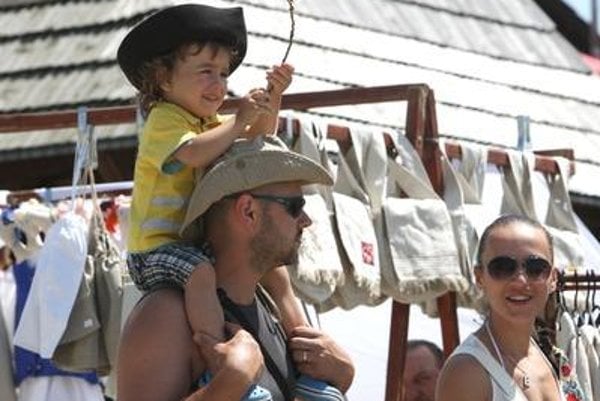 The hoax currently spreading through the Návrat do reality website is a revival of an older hoax that regularly resurfaces on the internet and social networks.

Two US burglars allegedly decided to break into a nice house in Florida. Its owner, Harry Harrington (201 cm tall, 140 kg heavy), is a homosexual predator who served ten years in prison for sexually abusing men. 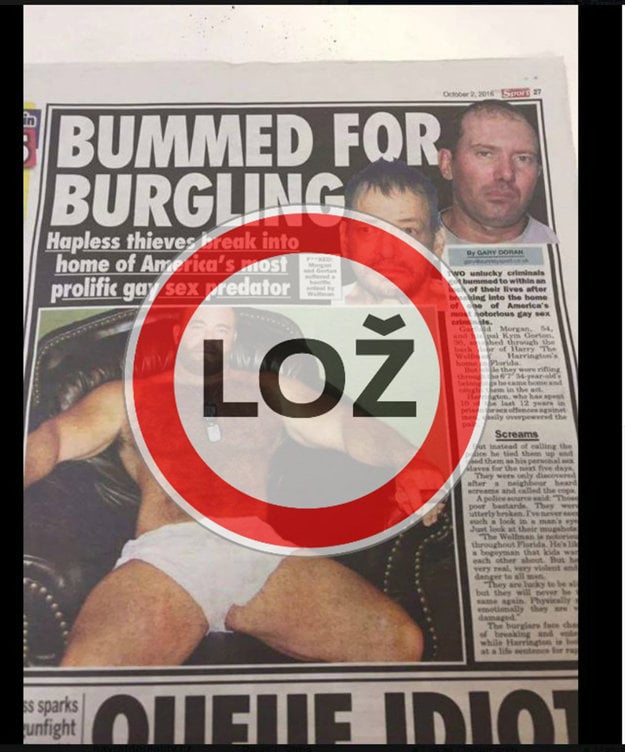 Burglars got into hands of a homosexual predator... (Source: Facebook/Sme)

The unfortunate thieves were imprisoned and raped repeatedly by Harry, according to the popular English version, which has been translated often.

The hoax is several years old and comes from the British tabloid Sunday Sport, which is not a reliable source, according to Wikipedia. The Snopes.com website noticed that the picture of one of the predators has been circulating on the internet since 2009, and a portrait of one of the alleged burglars is that of Patrick Kelly, who was detained in 2004 for indecent behaviour towards a minor. The newspaper story identified the burglars as Garfield Morgan and Kim Gorton, however.

The Facebook profile of the Nové Zámky branch of the opposition party Sme rodina chaired by Boris Kollár took – with a resentful comment – from the disinformation website Hlavné Správy a distorting story on the European Commission, which allegedly deems the traditional family a controversial and minority phenomenon.

One year ago, this story earned thousands of likes in Facebook. Sme Rodina has now breathed new life into it with a provocative question: “Is this the core of the EU that Prime Minister Robert Fico focuses on?”

After a superficial reading of the Hlavné Správy story, it is clear that the EC has issued no such statements. The story, from October 6, 2016, covers the initiative of the conservative lobby group Mum, Dad and Kids, which strives to implement only this definition of a family and marriage into all of the EU’s legal enactments. 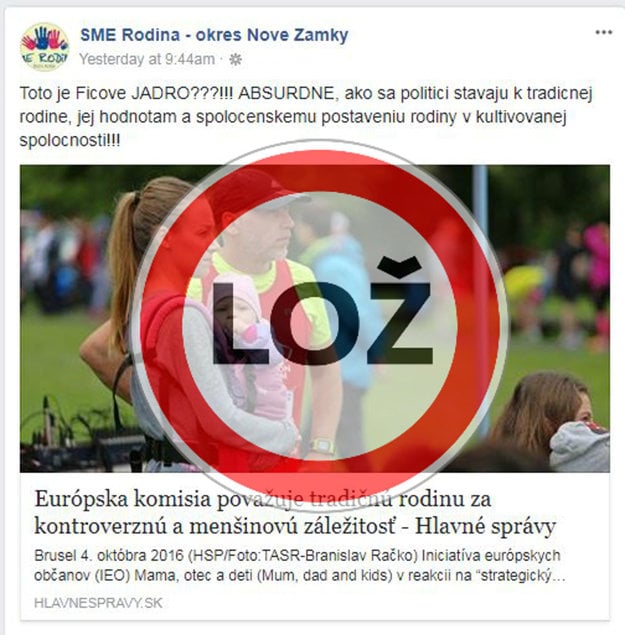 Hlavné správy follows the view of the ultra-conservative proposers and cites the EC statement, reacting to the proposal by saying that the initiative does not contribute to further development of the EU and European law but instead touches on a controversial and emotionally loaded issue that is not of importance to a majority of EU citizens. The statement is probably taken from the Agenda Europe blog, connected to the Mum, Dad and Kids.

Thus, the EC only wrote that the agenda of the organisation touches on controversial issue, without opining that it considers a traditional family controversial or of the minority.

An administrator of Sme Rodina’s Facebook profile took the misconceived and exaggerated statements even further, asking if "this is Fico's core”?