Being a caregiver was an empty life

The fatal accident of the van carrying Slovak caregivers has opened a discussion on how these women work and live. The job agencies abuse both the drivers and the caregivers, a former caregiver in Austria, Angelika Horňáková, claims. 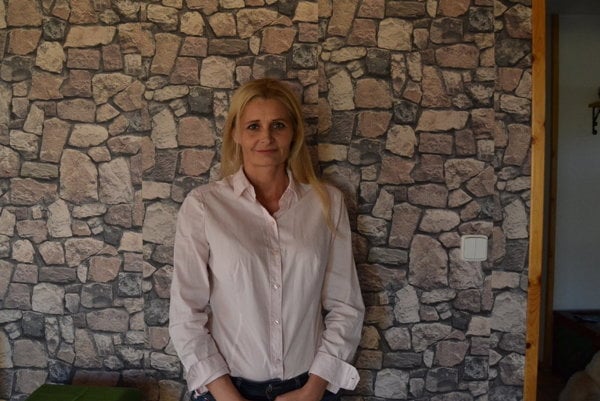 Angelika Horňáková sometimes travelled for as many as 20 hours, from her home in Prešov, only to spend two weeks alone, with a retired client and earning about two euros an hour. During each drive, she feared that the driver might fall asleep and they would have a road accident and so she started to take Kinedryl, an anti-travel-sickness preparation which causes drowsiness, and listen to music to relax a bit.

During the seven years she worked as a caregiver in Austria, she lost contact with her close friends and family and it was her partner who took care of the children instead of her.

Currently, she is the administrator of a Facebook group where caregivers exchange experiences. She blogs about this issue and has written a book as well.

Sme: Why did you become a caregiver in Austria seven years ago?

Angelika Horňáková (AH): For the same reason as most of these women. I come from eastern Slovakia where there are few opportunities to get a job. It was a way to solve my financial situation after my divorce.

Sme: How much do caregivers get for this work in Austria?

AH: If you calculate it for the number of hours spent there, it is by no means an awesome salary. They get around €50 a day, net. But the working day of a caregiver is 24 hours, so this means about two euros per hour.

Sme: How did you find a job there?

AH: I got employed on my own, took my suitcase, all my resolve, and left. It is not just agencies that mediate or find jobs there but other caregivers who already work abroad can also do so. They know the clients nearby, and can earn some extra money by arranging jobs for others. I paid a one-time commission to a caregiver of €200, from my first salary. Moreover, I could choose after the first month whether I was going to stay there or not. Unlike others, I was not bound by a contract.

Sme: What did your colleagues tell you about how the agencies operate?

AH: The very first problem is that the women don't know what they are heading into and they don't speak the language. They are also not aware that they are self-employed and that the kind of contract they sign with the agency is very important. Agencies should arrange a job, and take a one-time fee for that. They don't have other competencies but they abuse the poor information and lack of knowledge of new caregivers who sign anything the agencies want from them. Some of them pay as much as thousand euros a year to the agency afterwards.

Sme: Is there any way to prevent this?

AH: Women who are oriented in legislation, at least a bit, don't sign. Also, many women oppose their practices and have taken their cases to a court proceeding. Usually, however, the agencies pull out before the proceeding is launched, as they know that they are not in the right. This involves the transport suppliers, too. A woman is entitled to choose the transport company she travels with, and if its drivers tend to fall asleep [while driving], she can change them for another.

Sme: How do you perceive the accident near Nitrica?

AH: I can understand how each and every one of us feels; it was just a matter of time until something like this happened. This is not the first tragic accident but this one was so fatal that knowledge of it reached the wider public. Believe me, we risked our lives every two weeks.

Sme: Did you talk with the drivers?

AH: The drivers are forced into such practices too. The agencies even call them during a drive, requiring that they pick up someone extra. For them, it often means a detour of 100 kilometres. Many of them give up on the job after some time. Also, they have self-employed licenses which means that responsibility is with them.

Sme: Did you also experience a driver falling asleep behind the wheel?

AH: I experienced it repeatedly. I would wake up and the car would seem to be floating and not sticking properly to the road. It was clear the driver was asleep. Then he would have to brake at the last moment so that we didn't end up in the crash barriers or the car would zig-zag on the road.

Sme: How did you feel?

AH: I felt like I had a very narrow escape. Later on, I decided to help myself by taking the drug Kinedryl to make me sleep, and put my earphones on to get rid of the stress. I said to myself it is better not to know if something bad happens.

Sme: How long do they drive for?

AH: The route from Prešov to Linz is about 700 kilometres long but it took 12 hours on average due to various detours. Sometimes it took as long as 20 hours, with just one driver. If the drivers wanted to make some extra money, they usually drove the whole of Monday to Austria, returning on Tuesday, and they only had Wednesday to relax. Thursday, they usually started again. This way, they could make two or three trips a week.

Sme: How many breaks did they take?

AH: They didn't stick to obligatory breaks, they only stopped when they couldn’t go any further and even then, they tended to stop for only ten minutes or so.

Sme: What did this job mean for your private life?

AH: My children were aged 10 and 15 then and so there was a lot of tears and crying. For women who travel abroad every fortnight, this means social isolation. They don't have their own life. They are shut in with the client 24 hours a day, with only two hours off. The work of a caregiver is very demanding both physically and mentally and if they are not OK with that, they will worry themselves to death.

Sme: Did anything about the work surprise you?

AH: While my client was dying, her son tried to hold her hand but she refused him and wanted me. I was with her until the last minute and that was when I knew that my work has a deeper meaning. But then you think about the Slovak women, travelling to care for strangers in Austria and then tending their own parents until their deaths, thanks to the money they have earned. They are busy all the time, and the whole family depends on their income.

Sme: Why did you stop doing this job?

AH: I could not bear to live like this anymore. It's not as if the women work for two weeks and then come home and enjoy their lives. Each time I arrived home, I was alone as my family had their own preoccupations and the children were at school. I lost contact with my close ones and my community too. So, I repaid my debts and gave up the job. Although I knew it would be hard, the life I had been living was an empty one.

Sme: Where do you work now?

AH: It took me seven months to find a job. Currently, I work in a children's home with 12-hour shifts for a minimum wage. I also began studying at a college, as my pension is still a long way off.

Sme: How would you evaluate your seven years of working as a caregiver?

AH: It seems so unfair to me... My grandfather used to say that, as long as people pay taxes, the state has money. If this works for Austria, then it can work for Slovakia, too. The only thing every caregiver wishes for is to be able to care for seniors, at home, in Slovakia.