The smallest region in Slovakia has several specifics affecting various fields that will have to be addressed by respective regional authorities. 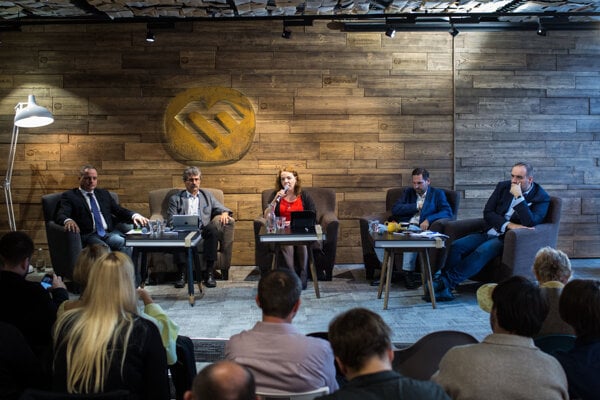 Bratislava is specific when compared with other regions in Slovakia. It occupies the smallest territory, but offers the most job and education opportunities.

Observers agree that the fight for the governor’s post in the November 4 regional election will be among the most interesting.

“Bratislava voters are very demanding, critical and dissatisfied,” Michal Cirner, a political analyst from the Prešov University’s Faculty of Arts, told The Slovak Spectator in an earlier interview.

The chances of incumbent governor Pavol Frešo winning the election are hard to predict, though the polls suggest he is among the favourites. His position might have been weakened by his poor performance as the leader of the once strong ruling party, the Slovak Democratic and Christian Union (SDKÚ), says Daniel Klimovský from Comenius University’s Department of Political Science.

“Many people remember him as ‘that resigned guy in red sneakers who brought the once strong ruling party outside the parliament’,” Klimovský told The Slovak Spectator.

Altogether 18 candidates registered for the governor race in Bratislava Region. Out of them, four have the greatest chance of fighting for the post, recent polls suggest.

Former Bratislava mayor Milan Ftáčnik came in victorious from the poll carried out by the Focus agency for the publisher Ringier Axel Springer Slovakia in late September and early October, culling 25.5 percent of 1,014 respondents.

The deputy mayor of the Bratislava borough of Nové Mesto, Rudolf Kusý, was second with 19 percent, while Frešo placed third with 16.4 percent. The fourth strongest candidate, as shown in the poll, was Juraj Droba, MP for the opposition Freedom and Solidarity (SaS) party, with 14.1 percent.

Focus calculated its poll result from a 59.6 percent turnout.

Though the fight for the governor’s post in Bratislava Region is still open, Focus head Martin Slosiarik expects the election to be won by one of these four candidates. Since the campaign is still underway and will culminate in upcoming days, the preferences may still change.