The Slovak unemployment rate in September continued to fall to new historic minimum levels, despite the traditional influx of secondary school leavers, according to an analyst. 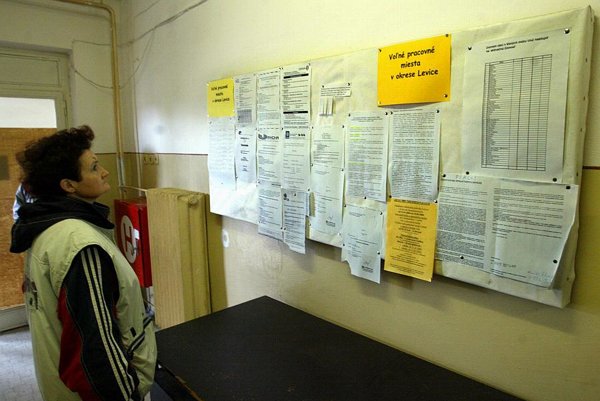 The unemployment rate in Slovakia stood at 6.42 percent in September, down by 0.12 percentage points (p.p.) month-on-month and by 3.00 p.p. year-on-year, Labour, Social Affairs and the Family Centre (ÚPSVaR) general director Marián Valentovič said on October 20, as cited by the TASR newswire.

unemployment (more than 12 months) category, there was reported a monthly decline of 2,793 job-seekers.”

Analyst sees reasons behind it all

The unemployment rate in September continued to fall, reaching new historic minimum levels, despite the traditional influx of secondary school leavers on the labour office registers, who are no longer studying, UniCredit Bank Czech

Republic and Slovakia Ľubomír Koršňák said. “Just as the number of university graduates who registered in the labour offices in the spring went down compared to previous years, the same applies to secondary school leavers in September,” he noted. This confirms the fact, according to him, that a strong labour market is capable of absorbing a significant part of fresh graduates from schools relatively quickly. Moreover, even those graduates who do register at the labour offices usually remain on the register for a much shorter time.

The unemployment rate has been falling mainly thanks to a cyclical revival in the economy, the analyst went on to say. This economic growth is relatively demanding as for labour – unlike the past decade that drew more from massive investments in modernising the economy, which increased labour productivity, and thus reduced the demands on new labour.

He further pointed to the fact that the statistics on job vacancies and employing foreigners have shown that the drop in the unemployment rate could be even more significant, but the inappropriate structure of jobseekers appears to limit this tendency.

“The growing economy should be able to generate new jobs in the upcoming months and push the unemployment rate to a new historic minimum,” Koršňák predicted.

Big regional disparities and the deepening lack of available labour in the west are also confirmed by the statistics of foreigners’s employment: in September, their number increased by 38 percent y-o-y, to 46,000. Foreigners constitute about 1.8 percent of those employed in Slovakia and are mostly concentrated in the west of the country, the analyst informed. Most of them can be found in the Bratislava, Trnava and Nitra regions, where almost three-quarters of all foreigners work.

New employees are being sought after more outside the European Union. Most foreigners now coming to Slovakia are from Serbia (almost one quarter), also marking the biggest jump in number year-on-year, followed by Ukrainians (who are fifth in number). The second, third, and fourth overall place in the number of workers imported go to Romania, the Czech Republic and Hungary.

The number of Ukrainians working in Slovakia has started to increase very dynamically mostly in recent months, after the visa duty was cancelled, Koršňák noted, adding that this trend could continue in the upcoming period.

The level of foreigners’ working in Slovakia often do not differ from those of locals: 45 percent are not even secondary school graduates (i.e. they do not have A-level school-leaving certificates), but due to higher wages in Slovakia, they are willing to travel to find a job.