While the prime minister has called extremist Marian Kotleba “evil” in the long term, the wife of the new head of the anti-corruption office heads Kotleba’s HR department. 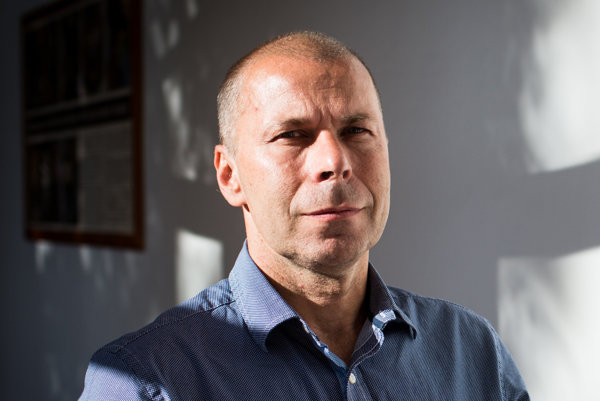 She was working in this position during the term of Kotleba’s predecessor, governor Vladimír Maňka (of PM Fico’s ruling Smer party). After Kotleba became the regional governor, she remained in office.

As entitled by her position, and charged with personnel-selecting tasks, Kovaříková employed Kotleba’s relatives, including his brother, his future wife and dozens of members of his extremist ĽSNS party, Denník N wrote, adding that under Kotleba’s helm, the Banská Bystrica region lost financing from EU funds due to illegal employment and violations of labour law.

Robert Fico deems Kotleba “evil”, and has been calling on firm police measures against demonstrations of extremism since 2006. More recently, he evaluated “this experiment (i.e. Kotleba as governor) as harmful to Banská Bystrica, in not using EU funds, not repairing or building infrastructure and only promoting extremism through skinheads marching in the regional office’s lobbies, shouting Nazi greetings”.